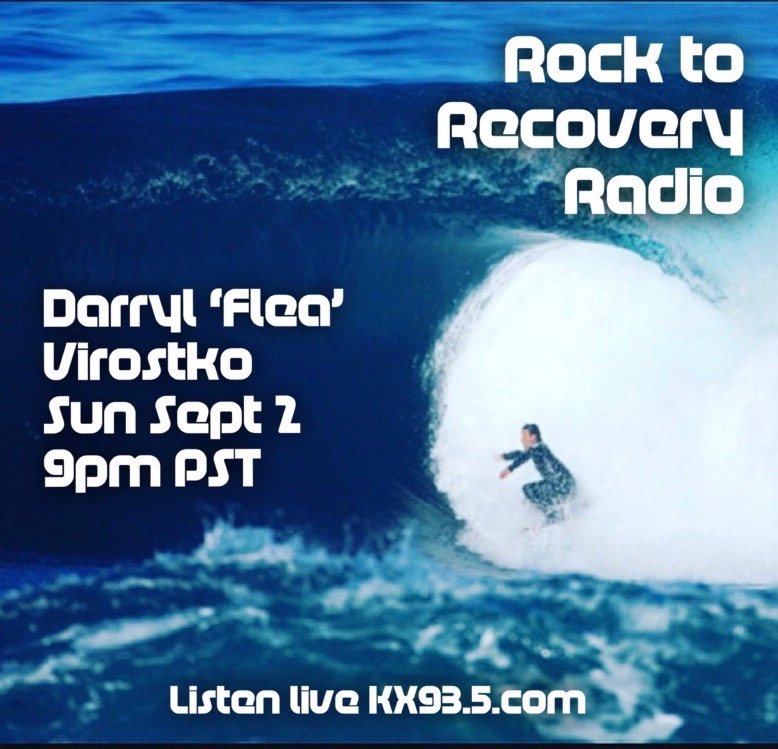 Host Wes Geer talks to three times Mavericks surfing champ Darryl ‘Flea’ Virotsko.  After his parents divorce aged 8, he moved to Santa Cruz and became absorbed in the surfing culture.  By his mid teens he was experiencing a lot of freedom and engaging in extreme behavior.  He started earning money from his passion for surfing at the same time from and as a 20 year old surfer was introduced to Mavericks high on acid.  He never took acid again but it kick started a lust for something within him. In 2008 he suffered a near fatal fall from a cliff that led to an intervention and him getting sober.  He now dedicates his time to giving back through his no profit Fleahab program teaching recovering addicts how to surf and be active while learning a new way of life, without the ups and downs caused by addiction.