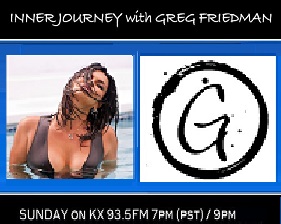 Jennifer Gimenez is a model, actress and reality television personality. She has appeared in music videos for Tupac Shakur, Babyface and Mick Jagger, in films such as Blow, Vanilla Sky, and Charlie’s Angels: Full Throttle, and on TV shows such as The Bold and the Beautiful and Karen Sisco.

She has appeared as the sober living House Manager for the VH1 reality television series, Sober House,[2][3] a spinoff of Celebrity Rehab with Dr. Drew, on which she has appeared as a rehab technician at the Pasadena Recovery Center.[4] She has also been featured on Bravo’s Real Housewives of Beverly Hills as a “friend” of full-time cast member Brandi Granville from seasons 2-5.

Gimenez went on to shoot numerous campaigns such as Calvin Klein, Guess, St. John, Avon and Paul Mitchell all the while traveling the world appearing in runway shows in London, Japan, New York and Paris.  She has graced the covers of numerous magazines including Flaunt, American Elle and Latina.

Jennifer has been through hell and has come out the other side.