The Return of Vampire Weekend 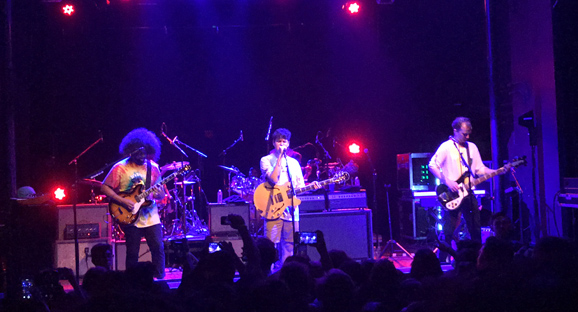 Four years of utter silence only contributed to the excitement brewing in the Santa Ana Observatory, where Vampire Weekend would soon take the stage to face a sold-out crowd of eager concertgoers, ready to break the silence. The long-awaited return from  their hiatus took many by surprise, especially the chance to see the band perform a few intimate shows before moving on to play popular festivals such as Lollapalooza and End of the Road. This set of performances also marks the band’s first time performing without Rostam Batmanaglij, who left the band in 2016 to pursue a solo career under the name, Rostam. Now, the band’s original trio, consisting of  Ezra Koenig​, ​Chris Tomson​ and ​Chris Baio, is met by four new members during their live shows. The result is the same  authentic Vampire Weekend sound that fans know and love, only this time, blended with a fresh energy that could be felt throughout the venue.

But before Vampire Weekend took the stage, the audience was met by Wallows, an up and coming alternative rock band with roots in Los Angeles, who just released their major label debut EP, ​Spring, in April. Frontman, Dylan Minnette (vocals/guitar), spoke of  the influence Vampire Weekend’s music had on their growth as a band, prompting Braeden Lemasters (guitar/backing vocals) to jokingly commence a guitar riff parodying Vampire Weekend’s “Cape Cod Kwassa Kwassa” before going into their actual song, “These Days.” Wallows brought a 90’s alt-rock feel to the stage, an instant crowd pleaser to fans who grew up with Vampire Weekend, amping up the audience for the much-anticipated headliner.

As Vampire Weekend took the stage they were greeted by the roar of the crowd, excited to see the members after years of secrecy. Much to the delight of the audience, the band filled the night with a mix of classic Vampire Weekend songs, as well as a handful of covers and even “Giant,” a little-known bonus track from their 2010 album ​Contra. They opened the set with a bang, launching into beloved fan-favorites such as “Diane Young,” “Unbelievers,” and “Cape Cod Kwassa Kwassa.” Koenig’s dynamic vocals were joined by the chorus of the crowd, made up entirely of dedicated fans who knew the lyrics by heart. The pit was alive with energy, Koenig pausing at one point to comment on an elated crowd-surfer, one of many who attempted such a feat throughout the night. During a Labi Siffre cover new band member, Brian Robert Jones, captivated the room with a guitar solo. Soon after, the soft melody of “Hannah Hunt” from their 2013 album, ​Modern Vampires of the City, filled the air, audience members soon taking out lighters, the swaying flames of which stood in contrast to the dimly-lit stage. As the song reached its climax, Koenig’s raw voice screamed into the darkness, “If I can’t trust you, damn it Hannah / There’s no future / There’s no answer,” a vulnerable confession which led into the outro of the song, ending as softly as it had begun.

After a thrilling finish to “I Think Ur a Contra,” the band left the stage with Will Canzoneri giving a curt wave to the audience, Tomson’s crashing drums ringing in the audience’s ears long after the band disappeared from view. A chant of “one more song!” began circulating throughout the crowd, wrestless and humming with the energy of the night. Vampire Weekend went above and beyond in fulfilling such a request, returning to the stage in triumph to perform “Obvious Bicycle” and Dusty Springfield’s “Son of a Preacher Man” before closing with “Walcott,” from their self-titled 2008 debut album.

Vampire Weekend have officially made their return, performing with an energy that makes  it feel as if they  never left. They were successful in creating excitement for the new album, rumored to be titled, “Mitsubishi Macchiato,” as hinted to on one of Koenig’s Instagram posts. While the release date of  their new album remains unknown, fans are undoubtedly ready for fresh Vampire Weekend music. 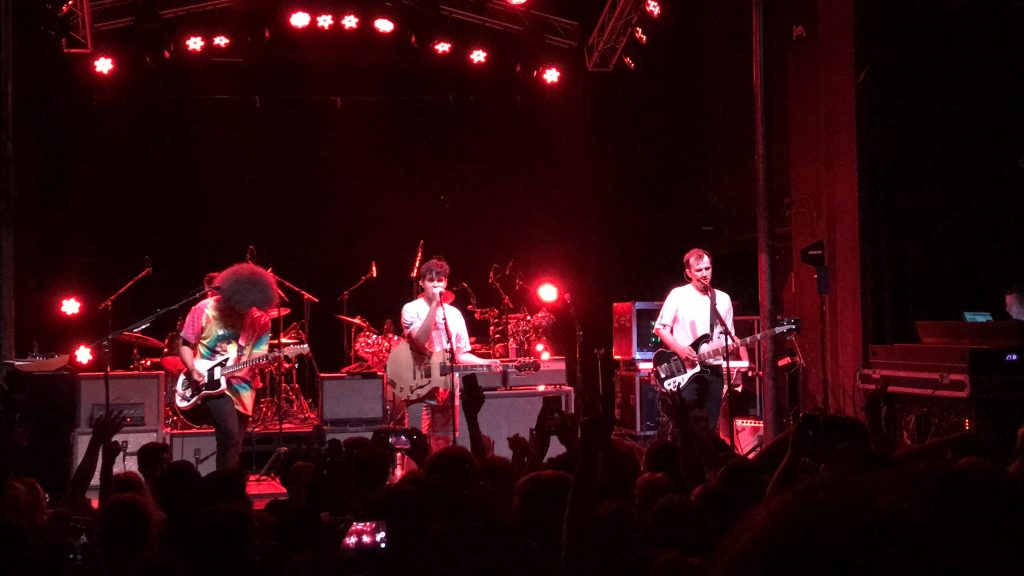