On Tuesday nights throughout the summer, the Festival of Arts’ roster of world-famous musicians and music aficionados introduce their favorite up-and-coming performers as part of the 2nd-annual Rising Stars concert series. 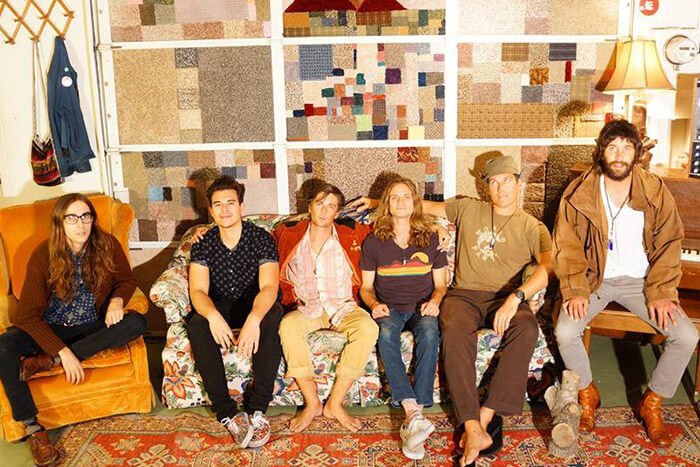 Purple Mountains Majesties is comprised of a bassist, a drummer, and four front men who switch off on every instrument they can afford to buy – all types of guitar, ukulele, keys, glockenspiel, flute, melodica, recorder, and assorted percussion. Their three and four part harmonies and melodies bring to mind the sound of early Beach Boys and Beatles, but their inventive instrumentation and arrangements put them firmly at the forefront of the modern alternative scene populated by bands like Edward Sharpe and the Magnetic Zeros.

Hailing from the depths of Orange County, they were performing in a local raw food restaurant run by the renowned silent chef Ito (yes you read that right) where they were ‘discovered’ by former Oingo Boingo keyboardist, film composer, and record producer Richard Gibbs. Gibbs immediately brought them on board and began producing their debut album for his new recording venture, Invisible Arts.

Check out their latest single, “Young, Fair & True” below: