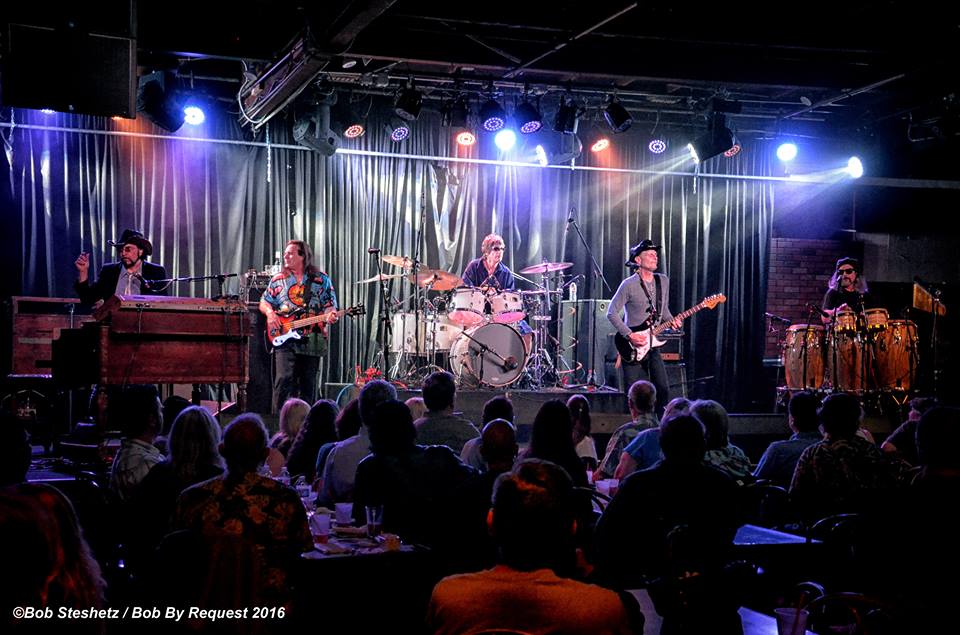 Iron Butterfly is an American rock band best known for the 1968 hit “In-A-Gadda-Da-Vida,” providing a dramatic sound that led the way toward the development of hard rock and heavy music. The band’s seminal 1968 album of the same name is among the world’s 40 best-selling albums, selling more than 30 million copies. Formed in San Diego, CA, the band’s current lineup embodies the same psychedelic sound as they did 50 years ago, complete with an unforgettable laser light show.  The current drummer for Iron Butterfly is local Laguna musician Ray Weston. The band is thrilled transform Laguna Playhouse into the 1960s with this raucous show!

Professor Colombo is a 5 piece band from Huntington Beach, California formed in 2015. Their self-titled debut album was recorded in March 2016 with producer/engineer Corey Kaiser at Mansion Family Studios in Costa Mesa.  The band has played at venues like The Observatory, The Marine Room, Good Times at Davey Wayne’s, Harvelle’s, The Sandpiper, The Wayfarer, The Federal Bar & Alex’s Bar; and with acts such as, Robert John & The Wreck,  Addie Hamilton, Jared James Nichols, Moonsville Collective, Them Evils, Christopher Wonder, & The Puscie Jones Revue. The live shows are known for their high energy and dynamic sound. According to music blog What What Was That One Band, “Professor Colombo fit in quite snuggly as the next band to perform with their sultry southern sound. Their inclusion of the saxophone with their music creates this fun, sassy, and extremely enigmatic jazzy sound that they have managed to combine effortlessly with their country rock. I’m surprised these guys haven’t had panties flung at them on stage. Unless they have…”