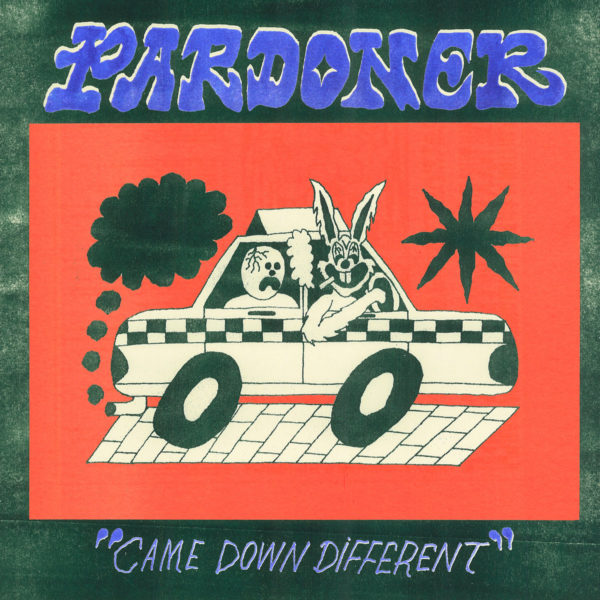 Bay Area punks Pardoner have opened the floodgates of punk rock for the 2020’s.

With fuzzed-out guitars and witty, self-deprecating lyrics, this San Francisco four piece is reinventing punk for a new generation.

Dead Kennedys, Black Flag, Minutemen, hell, even Green Day at some point paved the way for punk rock on the West Coast and somehow turned a genre that started as two minute, two chord odes to chaos into something that members of entire generations could relate to.

What is punk though?

There is no single answer; punk is much less a genre than it is an approach to music. Enter Pardoner, a group of Bay Area musicians that are updating this sound for a new decade. Many bands have attempted to recreate the classic indie rock of 80s and 90s giants such as Dinosaur Jr and Pavement to little avail, often ending up carbon copies of their heroes. Pardoner proved themselves different, and with “Came Down Different,” they’ve solidified their place in the new punk pantheon.

Formed as students at San Francisco State University, Pardoner began to make a name for themselves in the underground Bay Area punk scene, eventually gaining the attention of legendary producer John Vanderslice. Their gaining traction isn’t because they’re destined to be the next Idles or Black Midi; it’s their ability to take the standard pop-formula of rock and make it their own without twisting it into post-punk pretentiousness.

“Came Down Different” is a collection of straightforward rock songs that mix the influences of punk, grunge, and alternative into something relevant to the 2020s. “Donna Said” opens the album with the soft/loud contrast of the Pixies, yet mixes clean chorus and distortion in a way that sounds original and refreshing. “Spike” is a more traditional hardcore song featuring dueling guitars and searing vocals, clocking in at just under a minute and a half.

This album twists and turns through various sounds, but the two highlights are “Tranquilizer” and “Came Down Different.” The former is an upbeat track that blends the sarcastic grunge of Pavement with the heavenly guitar leads of J Mascis. The latter is nothing short of a masterpiece; a song with a feeling of excitement and urgency marked by driving drums and an explosive chorus.

“Came Down Different” is not a complicated album. It’s not the kind of album over which college radio DJs will have heated discussions on Reddit or RYM. This is a very straightforward, hard hitting album that takes a number of influences, all under the umbrella of punk and turns them into something that fits in 2021. It’s an album that sounds retro, but forward-thinking. This album doesn’t find Pardoner trying to be Pavement or Sonic Youth; they are clearly doing things their own way. “Came Down Different” is a great representation of the shape of punk today and hopefully a stepping stone in the career of a talented and dynamic band.