The unapologetic teenage energy of The Regrettes 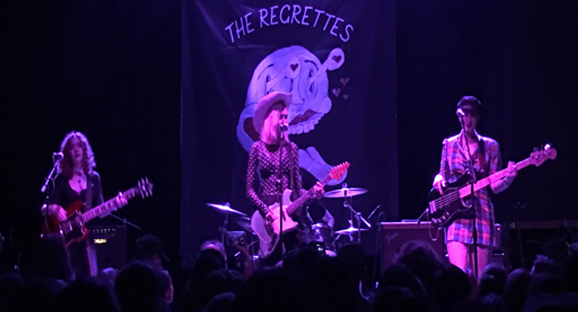 “Let’s dance,” said Lydia Night, frontwoman of The Regrettes, facing an audience eager to embrace everything the punk rock band represents: unapologetic teenage energy. The 17-year-old tipped her cowboy hat and joined the audience in singing the first few lyrics of the anthemic, “I Don’t Like You.”

The sold-out show at the Constellation Room in Santa Ana’s The Observatory marks the L.A. band’s return home after playing on the road for several weeks. Their absence left their close-knit audience missing the band they helped skyrocket to fame. With the amount of singalongs, mosh pits and song request chants, it was a fitting welcoming for the teenage punk rockers.

But the crowd needed some encouragement before the whole thing began.

The first opener of the night, Sacramento garage band, Destroy Boys, found their nervy energy at first unmatched, frontwoman, Alexia Roditis, jumping into the audience and starting it herself.

“Anyone wanna mix it up down there or just move you shoulders a little?” Roditis asked the crowd.

And they listened. So much so that several phones and purses were lost in the madness, returning to their rightful owners thanks to help from the band, willing to put the rock aside for just a few moments.

But not for long, as the Bay Area based punk band known as Mt. Eddy walked onto stage, Vanessa Carlton’s “A Thousand Miles” introducing a set comprised of multiple guitar solos and stage diving. They left the stage just as they entered, embracing the meme of the song, and clearing way for a band read to leave the crowd to perform.

Guitars in hand, The Regrettes bounced around the stage, each teenage anthem leading into the next, from “Hey Now” to “A Living Human Girl.” Pimples, patronizing adults and terrible exes were covered in full, anger turned into empowerment, frustration into means of creation.

Not absent from the night was teenage self awareness. But even The Regrettes can turn flaws into punk rock hits.

Before playing “Ladylike/Whatta Bitch” off their 2017 album, Feel Your Feelings Fool!, Night dedicated the song to herself.

“This one goes out to me, myself and I,” said Night.

She was met with applause and the request to do a backflip, one of the few things the teenager can’t do.

The Regrettes left the stage in silence, only to walk back on several minutes of cheering later, picking up their instruments and playing the first few notes of a song that had everyone moving. Covering Sweet’s iconic “Ballroom Blitz,” the band divided the audience in two, Night leading each respectively, ending the song with both sides reunited and moshing. 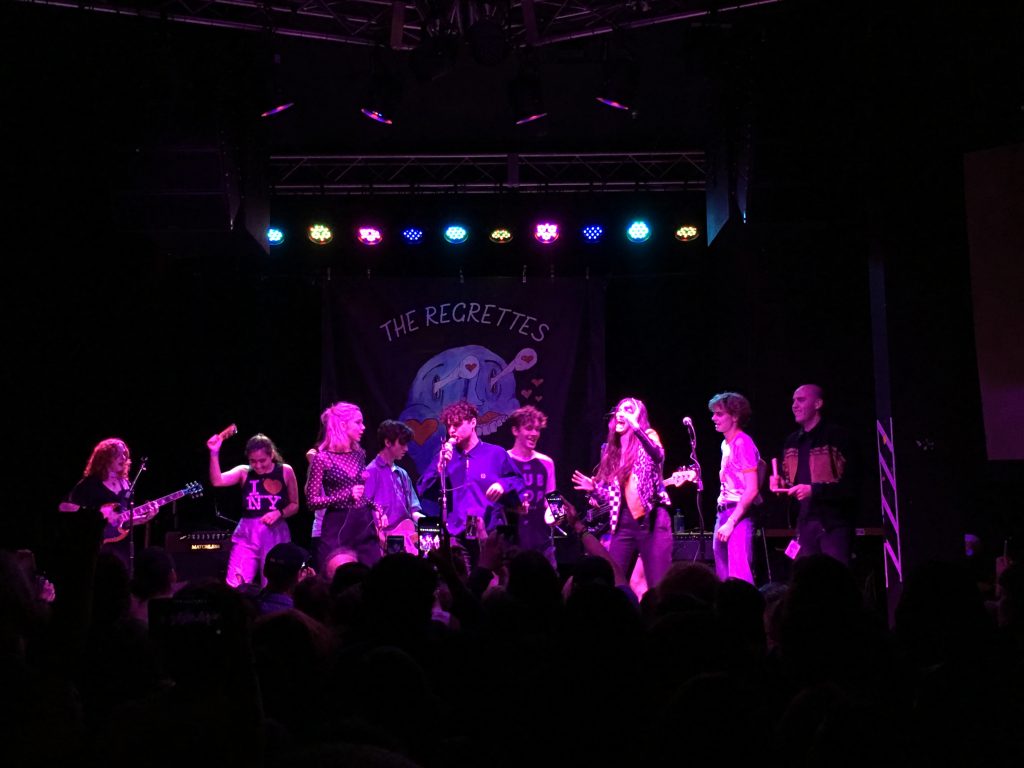 The covers didn’t end there. Destroy Boys and Mt. Eddy joined The Regrettes on stage to perform Billy Idol’s, “Dancing With Myself.” The different bands mixed around, picking up instruments and sharing verses as Night dove into the crowd.

It’s what friends in punk bands are for.