The unbound past and future of Waxahatchee 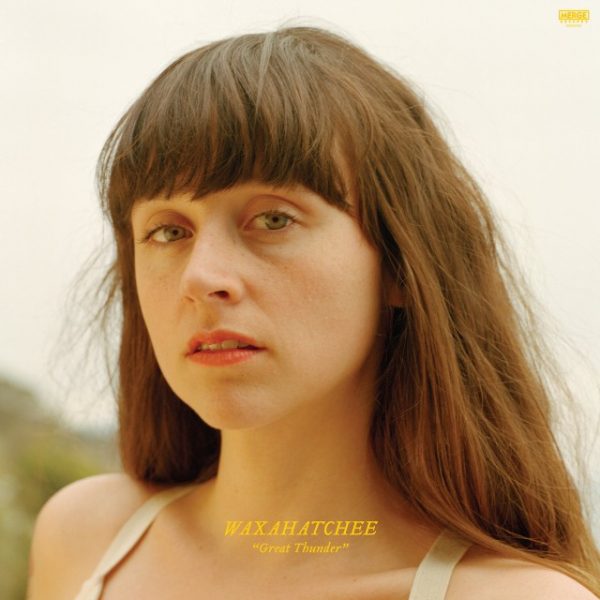 Waxahatchee has made a name of itself–or herself, rather. Though the name belongs to a river in Alabama, Katie Crutchfield has made something new of it, which she continues to do with her unconfined musical project as Waxahatchee.

But Crutchfield wasn’t always known by the name of the lake where she grew up. She began as one-half of the Ackleys, a band formed with her twin sister, Allison (who works as a solo artist and lead on Swearin’). From there, the sisters launched P.S. Eliot, an indie-pop influenced punk band. Only after the band’s breakup did Crutchfield become Waxahatchee, writing and recording the project’s debut in a week when she returned to her childhood home. Since then, Crutchfield has released four albums under the moniker, gaining a considerable reputation for herself and signing with Merge Records.

That’s what makes Crutchfield’s latest release as Waxahatchee all the more surprising. Last year, Crutchfield released Out in the Storm, a critically acclaimed album that gained a spot on Pitchfork’s top 20 rock albums of 2017 list, and touches on vulnerability and relationships, concepts that she has explored since the project’s birth in 2011. Following the wave of success her rock album garnered, Crutchfield has decided to turn away from it all, focusing on her soft early sound with Great Thunder.

The EP is a compilation of reimagined songs written in 2012 when Crutchfield partnered with Keith Spencer and formed the lo-fi duo, Great Thunder. A lot has happened since the songs were first imagined; Crutchfield is in a completely different place career-wise and emotionally. Yet, the reworked songs sound new. Not to say Waxahatchee has abandoned her roots, but rather, has reinterpreted them, emphasizing the beauty of old and present feelings alike. “It’s a throwback to how I started,” writes Crutchfield.

And it starts with honesty. “We get comfortable with our detachment to our oldest friends,” discerns Crutchfield on “Singer’s No Star.” Though her voice is warm paired with simple piano chords, the lyrics cut deep. Crutchfield is ready to tackle the emotions she’s been processing for six years. “I cried all night when you came to my side,” Crutchfield recalls on “You’re Welcome.” We feel her pain and hear the loneliness in her voice as she speaks of the tragedy of love, hers or otherwise: “Mothers pray for a padlock on their door/Half their love is just ignored.”

Crutchfield goes deeper. Not a moment is wasted in the EP’s 17-minute runtime. She boils it all down in “Chapel of the Pines,” the emotionally-charged lead single. The song combines feelings of nostalgia and regret embodied in the question: “Will you go?” The question takes on a new meaning every time Crutchfield repeats it. She punches out “will,” then holds onto “go.” She sounds confident, then broken. And when she repeats the question for the final time, met by a brief silence soon swallowed by instrumentation, she sounds at peace. Because Crutchfield knows how the story ends. Crutchfield originally wrote the lyric as “would you go?” when her question had yet to be answered. But time has passed and Crutchfield is out the other side wiser, if not moved on. She’s accepted the answer and let it go.

But emotional maturity isn’t pretty. In “You Left Me with an Ocean,” Crutchfield recounts a toxic relationship, consisting of “swimming in garbage” and being left to pick up the pieces amongst “the dirty and the fallen.” Her devastation is audible, but not all of it is directed outward. Crutchfield takes responsibility for her actions because it’s the only way she can move on. “Cause I swam in it too,” Crutchfield admits.

Though Crutchfield has come a long way, as an individual and as Waxahatchee, she’s still growing, still reminding herself not to resort to her old ways and the pain of the past. The EP closes on “Takes So Much,” a track as cathartic as it sounds in which Crutchfield finds herself sacrificing her own happiness for another’s. “Take it out on me baby,” Crutchfield commands a lover. She’s asking to be used, the ultimate form of self-sabotage. As Crutchfield repeats her painful request, her voice breaks down until it cracks. She’s been depleted. But that doesn’t mean she’s empty. Far from it—she’s overflowing as Waxahatchee. She’s unbound by style or sound and set free by her songwriting which has proven itself to be timeless. 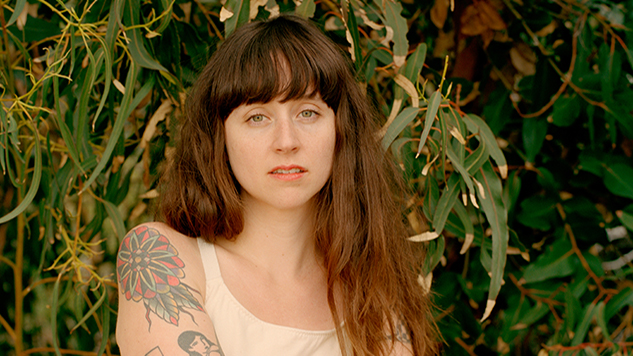