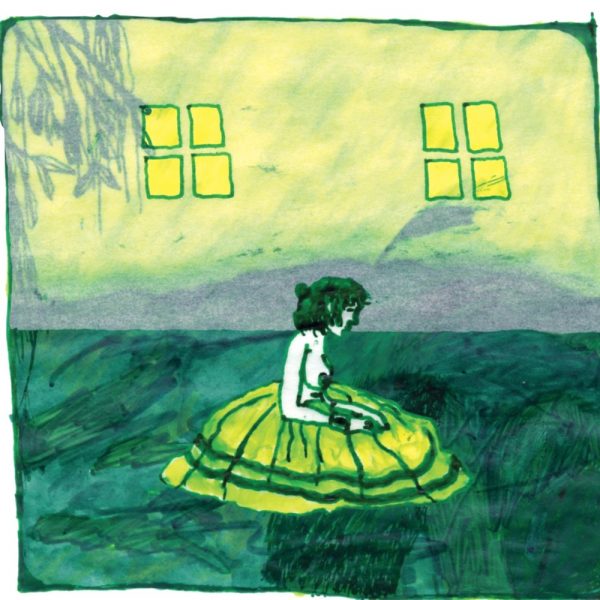 14 years ago, Animal Collective and Vashti Bunyan met in London and recorded an EP about 14 minutes long. At the time, Animal Collective had just released 2004’s Sung Tongs, another change in sound for them, and British folk legend Bunyan had only recorded one album: 1970’s Just Another Diamond Day. Their collaboration was unexpected to say the least; Animal Collective’s style was constantly evolving, while Bunyan’s mysterious presence as an artist had remained the same for decades. Yet, the result of their pairing proved that Animal Collective and Bunyan were one in the same, feeling, thinking and noticing the smallest details of mundane life. Entitled Prospect Hummer, the EP is the meshing of minds and sounds, a little piece of magic that has lived on since Bunyan and Animal Collective’s inspired work together in 2005.

Prospect Hummer opens with Bunyan softly whispering “Stay,” immediately followed by warm guitar strumming, layered over itself again and again. Bunyan’s voice is fragile and soothing, almost as though she is telling us a childhood memory, a secret, a prayer. The atmosphere of nostalgia is enveloping. The lyrics are simple and few, yet alive and pulsing. Half-way through “It’s You,” Bunyan asks, “What’s going on?” joined by the rest of the band as they echo her vocals and strum away. It’s light and airy, mesmerizing in every way, like the soundtrack to a late summer night’s dream.

If “It’s You” is a dream, the EP’s namesake, “Prospect Hummer,” is the time before sleep. Bunyan sings of a quiet bedroom, of ladies across the hall, lit candles and a cat whose only friend is his food bowl. Bunyan’s vocals are sweet, her perspective is charming and once again, we are transported back in time. “My heaven is all around me,” Bunyan sings toward the song’s end, her voice delicate but certain, fading off into sleepy guitar strums that finally fall silent.

We are then swept away into “Baleen Sample,” five minutes of dreamy instrumentals and strumming guitars. It sounds like wind, like rolling waves, like movement. Bunyan’s voice is gone on this one, but her energy speaks through the chords. At times, a whistling sound effect sounds like her: faint yet captivating, saying so much with very little.

The next and final track, “I Remember Learning How To Dive,” begins with approximately 23 seconds of a rhythmic tapping beat, then joined by Bunyan’s cheery voice and playful strumming. The song takes off from there as Bunyan recounts a childhood memory of jumping off a diving board. “I had to go/To the end of the board/And distract myself.” Childhood fear is swept into childhood jolly as Bunyan and Animal Collective collectively sing “wheeeee.” It’s cathartic, fun and reminiscent of the mixed up pleasures and pains of being a child. While the view from the top of the diving board may be daunting, Bunyan knows the only way is down and that the only option is jumping; the same goes for growing older and making music. For when your fingers hit the water, you’ve done it. So Animal Collective joins Bunyan, collectively singing the song’s last lines in unison, jumping off the board together and hitting the water at the same time.

So Prospect Hummer ends, just mere minutes, yet capturing timeless moments and memories. Simple and breathtaking, the EP is folk music at its finest and most experimental, showcasing a union between Animal Collective and Bunyan that has lasted far beyond the EP’s brief runtime, cementing folk’s past in its present, and its present in its past. Thus, the magic of Prospect Hummer will live on for another 14 years, as though Animal Collective and Bunyan collaborated just moments ago.