Brockhampton: A New Generation of Boyband 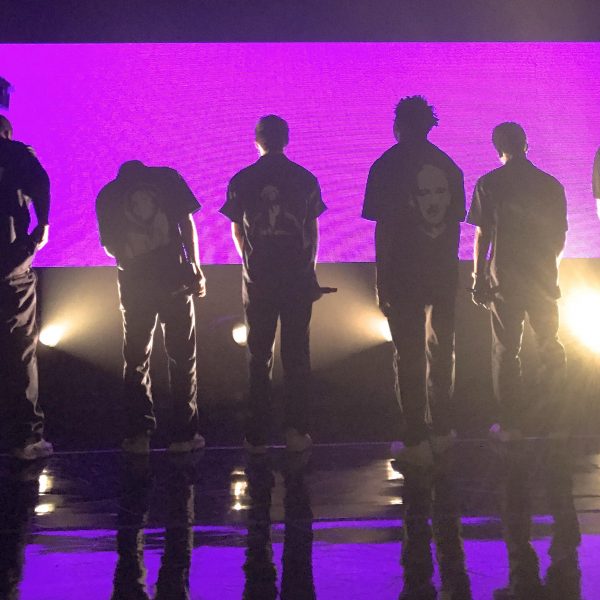 Brockhampton’s opening song on their i’ll be there tour wasn’t any from their discography, but instead, We Are the Champions by Queen. As the song played, Freddie Mercury’s face shone proudly into the crowd. The color faded from the screen when DJ Romil Hemnani effortlessly transitioned the track to New Orleans, the opener on Brockhampton’s recent #1 Billboard album iridescence.

Dom McLennon, one of six rappers in the group, appeared first. He rapped his verse alone, but did so quickly and word for word. As the song progressed the other artists of the group appeared. Kevin Abstract was next, followed by Irish singer Bearface. They kept the energy rolling as Matt Champion and Joba ran on stage. The last artist to appear, Merlyn Wood, closed the song with his hard-hitting verse, “I don’t go to church, but I’m so spiritual/Pulled my life out of dirt, that’s a miracle.”

From there they introduced themselves and went back into their discography to play older hits like Gummy, Star and Queer in which fans sang along to almost every word.

Even though this is their fourth tour together, they’ve only been a group for about two years. Their first real studio album, Saturation, came out even later than their formation, almost a year later on June 9, 2017. This short period has given them little time to build a fanbase, but somehow they’ve managed to take over the charts, selling out almost every stop on their tour.

During Weight, most all phone lights went up, but not to record the song. Instead, the crowd was lighting up small colored couches that a fan had made and passed out before the show. These couches formed a rainbow of colors and were created to show both appreciation for the group and to highlight the connection that every fan has, just by being present. This small project just proves that Brockhampton’s fanbase isn’t just dedicated, but invested. They’re invested in what members of the group have to say, in and out of their lyrics.

Since Brockhampton already has four albums out, it was impossible for them to perform every song that the fans wanted. Even though that was the case, they still played all their biggest hits and even some sleepers that may have gone overlooked on some people’s first few listens.

After performing the heavy closer to iridescence, Fabric, the boyband left the stage. The pit was hungry for more, though, as chants of “Encore” and “Brockhampton” filled the seemingly overcrowded Observatory. Their cry for more didn’t go unanswered as the band came back out to perform horn-filled Boogie. Each member individually thanked the crowd for coming out to support them before they took one final bow and left the stage.

Brockhampton, with members being black and white, gay and straight, speak for all. They push forth a message of love and respect while still shouting for a pit to open. This contrast might just be what makes them so popular, or it just may be the fact that they are a well-needed breath of fresh air in the oh so oversaturated rap genre. 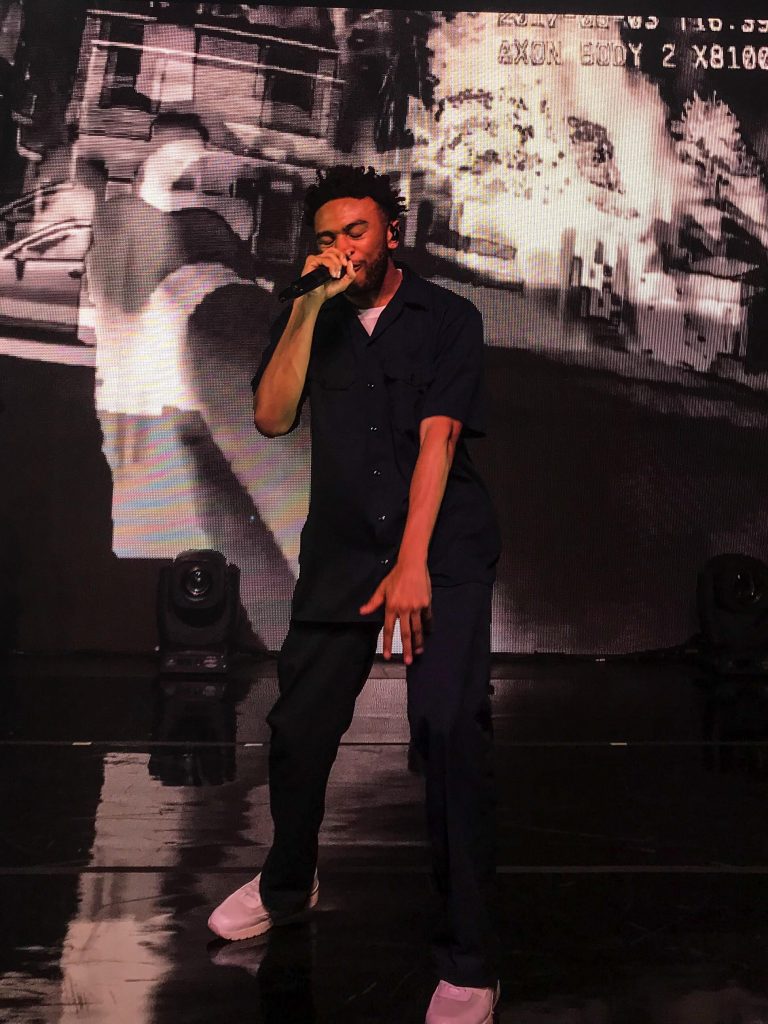