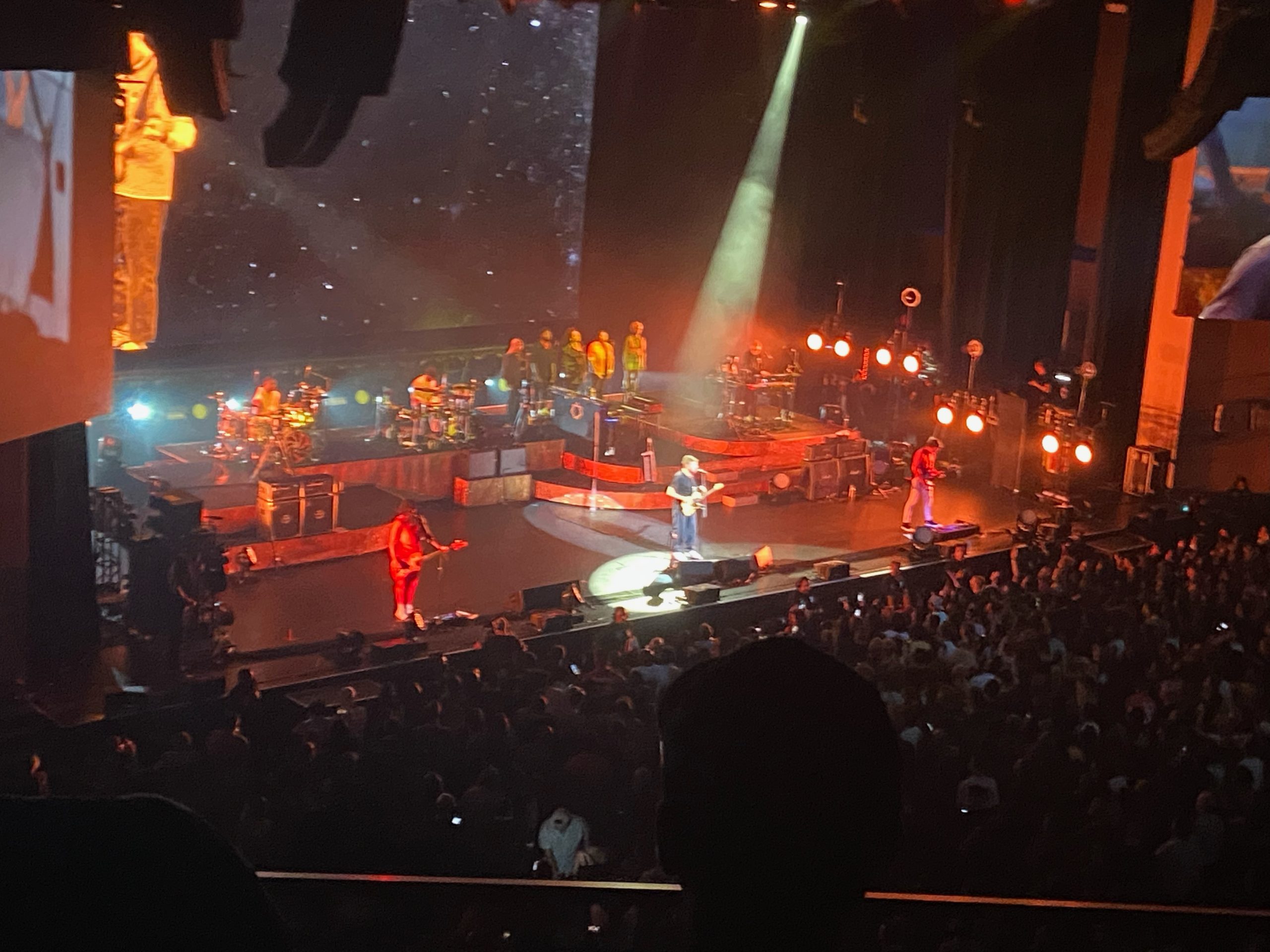 You would think bands that have been around for 15-20 years would maybe have broken up by now. But some bands, however, have had a good thing going for 20+ years and counting. My favorite band of all time, Gorillaz, is an awesome example.

Gorillaz recently had a show in Los Angeles at the YouTube Theater, which I believe may have been their best performance to date. It consisted of frontman Damon Albarn, Mike Smith and Jesse Hackett on keyboards, Seye Adelekan on bass/acoustic guitar, Jeff Wootton on lead guitar, and Femi Koleoso and Karl Vanden Bossche on drums.

The crowd was incredibly eclectic, with attendees ranging from families to older people, to young adults and teenagers.

The show itself was incredible. The opening band, hip-hop duo Earthgang, was great at pumping up the crowd. Their mix of reggae rap, funk, and soul created a nice vibe to start off the show.

When Gorillaz hit the stage, they started things off right, teasing a new song that Albarn said in an interview would, “be released sooner than you think.”

Gorillaz were joined by famous artists, like Beck, De La Soul, Tame Impala, Bootie Brown, and Fatoumata Diawara, which made for a special performance.

The new album, Cracker Island, returns to their older style, with lo-fi songs, such as Possession Island, while at the same time has attributes to their newer style, with examples being “Skinny Ape,” and “Baby Queen.”

Since the YouTube Theater is a smaller venue, with only 6,000 seats, it was easier to enjoy the show. It allowed for Albarn to jump from the stage and into the crowd, letting the fans sing lyrics into the microphone.

Concerts are a special experience: the rumbling bass that shakes you to your spine, the absolute chaos that can happen on the floor, and the feeling you get when shaking the hand of your favorite artist while he’s performing.

The feeling is unreal, and for as long as you can remember, you just want to get that moment back – that one moment when you can forget everything and go crazy with people like yourself.

I feel this is the reason concerts were started in the first place; to gather people together and just enjoy an awesome experience.

Some bands can give a wild show and not lose their edge for as long as they’ve performed. Gorillaz are no exception.