Keeping it Cool with Rejjie Snow 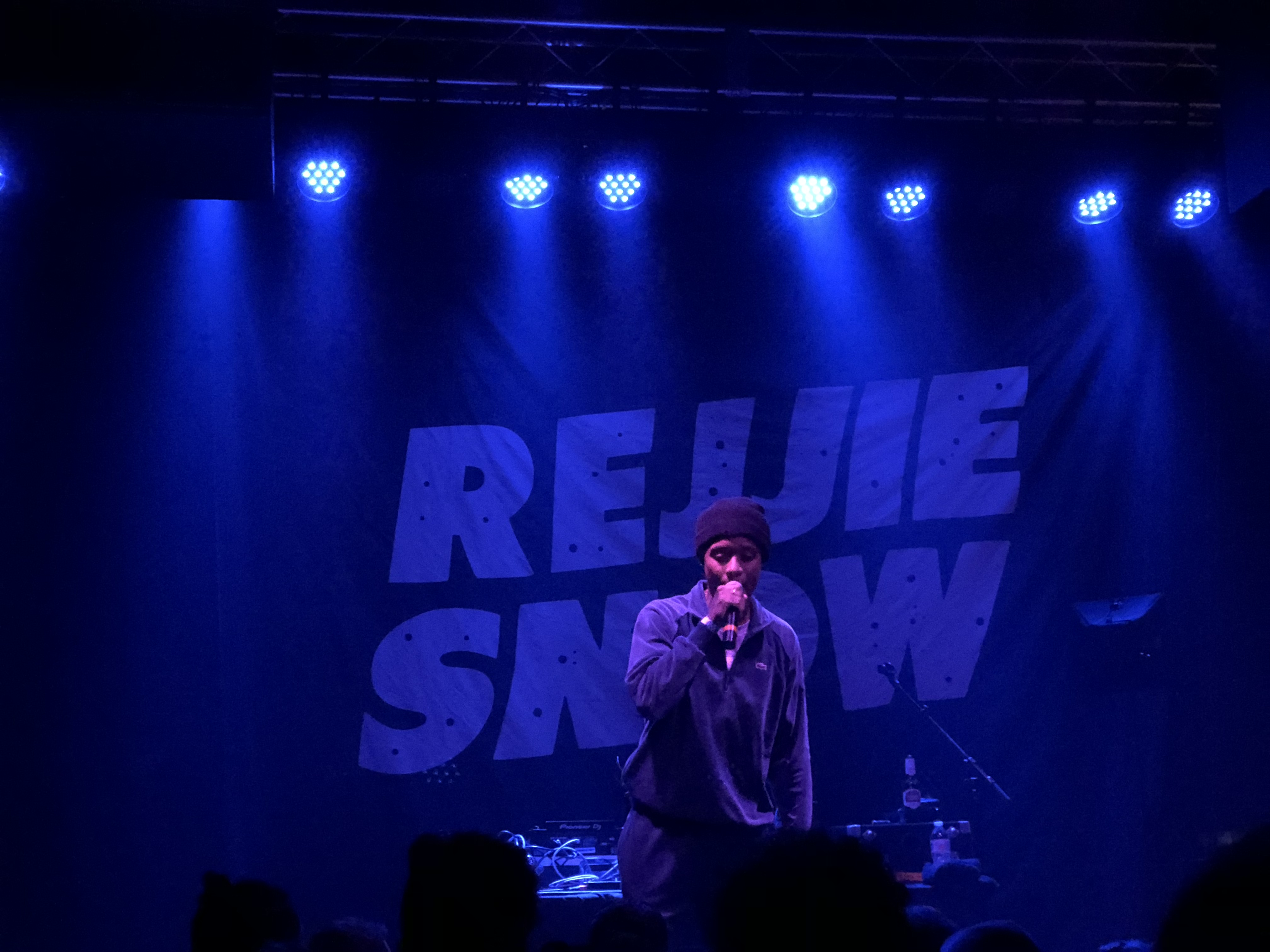 “This isn’t Hip Hop, this is an experience,” said Alexander Anyaegbunam, otherwise known as Rejjie Snow, to a handful of audience members on a Wednesday night at the Santa Ana Observatory. Wearing a blue jumpsuit and a black beanie, the Irish rapper’s mellow attitude was mistakably Californian, though he’s currently based in the East Coast, far away from his hometown of Dublin.

The distance shows. If it weren’t for slips of his accent in between verses, Snow’s voice and style are seemingly American, though the emotions behind those words are rooted back where it all began. It’s another aspect of Snow’s rare spot in the rapping world which he carved for himself in 2012, pushing out a series of EPs and mixtapes, gaining serious online buzz and eventually signing with 300 Entertainment (Fetty Wap, Young Thug). The hustle and the hype resulted in Snow’s debut, Dear Annie, released earlier this year, defining Snow as an artist unlike many others with unbound potential.

Snow gives away none of that on stage. He is smooth, mellow, relaxed. When a fan offered him a blunt, he unhesitatingly accepted and handed it back. Swaying his body back and forth, Snow melted into tracks new and old, settling into a steady rhythm punctuated by his command to the audience to bounce. A more intimate show compared to the larger venues he played on his U.S. tour, Snow encouraged the crowd to come closer, to be together. During instrumental intervals, Snow looked into the crowd asking, “How we doing? How’s the mood?” The audience replied with cheers, some holding up phones, others holding up beers.

But behind Snow’s coolness is a mind still figuring everything out. “I got a lot of things to say, I just don’t know how,” said Snow, who often opted for silence between songs rather than filler. He decided to let the songs speak for themselves. “Let go of sorrow like there’s no tomorrow ‘cause tonight might be your last,” Snow sung on fan-favorite “Egyptian Luvr.” Featuring a smooth backbeat and soft, dreamy vocals courtesy of Dana Williams, who opened the night, the track is Snow at his best.

Eager to show his gratefulness, Snow then dedicated “Sunny California” to the Santa Ana audience, who sung along every word. Though the October night was dark and foggy, Snow made it feel warm, like another day in perpetual summertime.

The night ended around midnight as Snow’s chilly beats and melodic harmonies came to a close. But the look on Snow’s face suggested he could go on until sunrise. He would have to wait a few more hours until his performance at the El Rey in Los Angeles, the last show of his U.S. tour. But the Dublin rapper isn’t going anywhere; the nomadic Snow is here to stay—at least for now.