Khruangbin Smiles Upon The Fox Theater 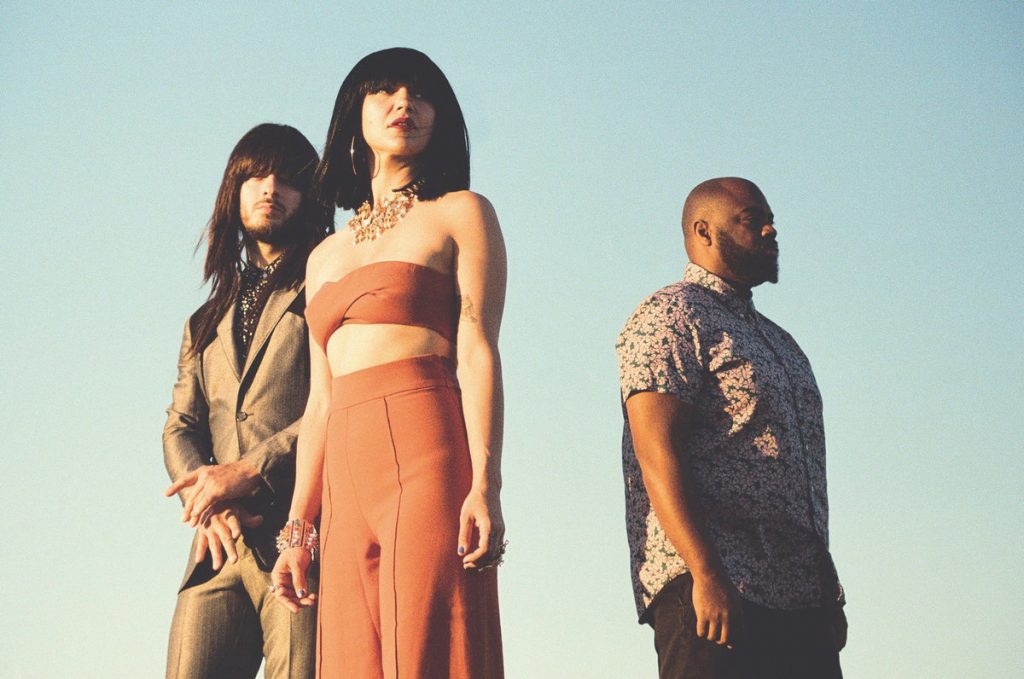 There’s always something exciting about a sold out show. There’s a lot of buzz about the band; how good they must be to sell out the venue and rumors about what songs they might play. Shortly put, there’s a lot of hype around the band. And Khruangbin exceeded the hype surrounding them.

On their April 18th show at the Fox Theatre, Khruangbin had a sold out show with over 2,000 attendees. Khruangbin had just come off a long tour playing all over the US and Europe, and played the first and second weekend of Coachella. Even with a hectic schedule, Khruangbin still made time to jam out with The Marias in Pomona.

The crowd anxiously awaited the arrival of the first band. As the Marias took the stage, they were accompanied by screams and cheers. The five piece band played a set full of dream-pop hits. The lead singer, Maria, had a very soothing voice reminiscent of Kali Uchis or Lana del Rey, and her accompaniment combined a mix between 90’s pop and modern psychedelia such as Tame Impala. While most of the songs seemed to blend together, the crowd cheered on and sang along to almost every lyric, showing just how large their fan base is.

After they ended their set, fans restlessly waited for Khruangbin to take the stage, watching each disco ball go up with anticipation. 30 minutes later, the lights went down and the crowd rallied as Khruangbin unassumingly took the stage.

When Khruangbin took the stage, they quickly greeted the audience and dove directly into their first song, Dern Kala, off of their 2015 album, The Universe Smiles Upon You. Laura Lee, the bassist of the group, made each song look like a breeze; effortlessly playing each note as she swings her hips back and forth in a sparkly pink tulle dress. As the vibes transcended, Laura Lee and guitarist, Mark Speer, grooved into perfect synchronization. Wearing matching wigs, the two played around even more by swigging matching liquor bottles together.

While many of their songs have simple riffs and chords, they have just as many songs that are very complicated and impressive, but you wouldn’t know it by watching them play, as they don’t miss a single mark and make the most challenging songs look like nursery rhymes.

About halfway through their set, they played their hit ‘Evan Finds The Third Room”, off of their 2018 album, Con Todo El Mundo. Lee used a telephone microphone for this song, as the lyrics are emulating a telephone operator droning on about what buttons we should press for more info. This energetic shift transferred to the crowd as everyone was begging for the next song.

After a few more jams, Khruangbin went into a series of snippets of cover songs. They did about thirty second covers of popular 90’s hip-hop songs, before moving into the next one seamlessly, which the crowd loved. After a few hip-hop hits, they even did a cover of “Wicked Games” by Chris Isaak. The brief yet fun segment came to a close, and the band eased into their final song, Maria Tambien, an upbeat, funky song off of their latest album. This fan favorite was a great way to end the show, but by the time they left, people were shouting for more. The crowd waited anxiously for an encore, cheering their name and stomping. After what felt like an eternity of waiting, their drummer, Donald Ray “DJ” Johnson Jr eventually reclaimed the stage. He sat in silence for a few minutes, hitting the drums softly and patiently. With a five minute solo,  the lead guitarist and bassist joined their mate on the stage and played three more songs, including their biggest hit, “White Gloves”, also off of their 2015 album, The Universe Smiles Upon You.

When the show was said and done, the room was still buzzing with satisfaction. Khruangbin’s laid back, unconventional music brought amazing energy to Pomona, with one of the best shows the Fox Theater has ever seen. In a world full of repetitive, recycled music, Khruangbin stands out as an exceptional talent. Khruangbin delivered rock n roll to a new audience in a fresh, funky package.