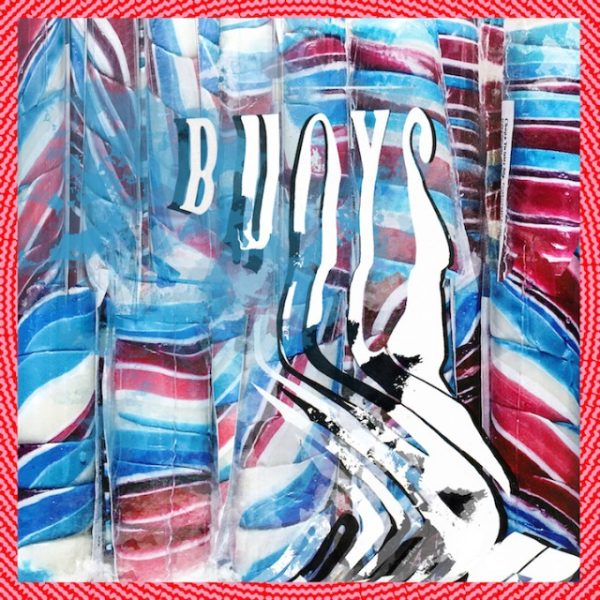 Whether as a member of Animal Collective or a solo artist, Panda Bear works at the nexus of collaboration and isolation. It’s a tricky spot to pin down. With Animal Collective, it’s seen in the communal production and heard in the lyrics. With Panda Bear, it’s experienced. Lisbon-based Noah Lennox, the man behind Panda Bear, does almost everything himself, from the mixing to the engineering to the performing. Yet Lennox is no stranger to bringing co-producers (Rusty Santos), co-arrangers (DJ Lizz) and musical collaborators (Dino D’Santiago) into the mix. It’s part of the process, one that has resulted in ten studio albums as part of Animal Collective and four solo albums as Panda Bear, Lennox’s sound evolving along the way. With Buoys, the latest Panda Bear album, Lennox has found a new sound, connected between togetherness and intimacy.

It begins with texture. While Lennox’s songs tend to focus on memory, nostalgia or imagination, he always creates a sense of space. His reverb-heavy soundscapes are layered with lush instrumentation and vocals. But with Buoys, the space is much more bare and not as densely packed. It’s weightless and light, leaving much more empty space. Filling this is Lennox’s own voice, never before heard so clearly. Through most of Panda Bear’s solo albums, Lennox has used his voice as an instrument, stacking his vocals until they sounded disembodied and indistinguishable from a guitar strum or drone. In Buoys, Lennox’s voice takes the center stage, loud and clear though filtered through auto-tune, which strangely reveals more than it conceals.

Alongside Lennox’s raw vocals is acoustic guitar, which has come to be an extension of Panda Bear himself over the years. Most Panda Bear albums have grown out of acoustic guitar, developing into electronic experimentalism or atmospheric techno. While Buoys may be Panda Bear’s most electronic-sounding album, the acoustic guitar’s presence never falters. It’s the skeleton of the album, tying everything together, be it the samples of crying or R&B-inspired percussion.

The albums sounds as intimate as its subject matter. As Panda Bear, Lennox has explored the intimacies of his family—from his late father to his wife and children. In Buoys, the intimacy is of a different kind. Lennox’s lyrics are vague yet vulnerable. “I’ll go when I wanna go, have to go/blow that steam,” he sings in “Token.” In another turn from previous works, Lennox has let go of exploring his personal experiences for the intricacies of human existence. “Us, the frustrated crowd, so vile,” he laments in “Dolphin.” But by examining the commonalities shared between humanity, Lennox goes deeper than he has gone before, uncovering and examining the darkest parts of the psyche.

However, as in all Panda Bear albums, motifs reveal themselves. The concept of a screen pops up in the album’s first seconds, showing up later in “Inner Monologue,” an emotionally tense track suited for its title. The word slap also appears throughout the album, first next to “jelly ass,” then next to “cheeky.” But it is the image of a crowd, whether mentioned directly or otherwise evoked, that Lennox refers back to again and again. If only for a second, he slips away into the crowd, but by being surrounded, he is left truly alone. It’s a feeling everyone can relate to and was intended that way. It’s Lennox’s and the listener’s chance to both hide and reveal.

At just 31 minutes, Buoys is one of Panda Bear’s shortest albums, boiled down to the essentials, cut to what is needed. And while most Panda Bear albums tend to move in various directions, Buoys moves in one, step-by-step, sound-by-sound. It is not specific, yet deeply intimate. It is Lennox alone, yet filtered through the influences of trap music and traditional dub music. It is to be listened to in one sitting, yet require repeated listening. It is Panda Bear moving in a new direction, yet evoking the past. It’s Lennox finding himself, both as Panda Bear and a human being.