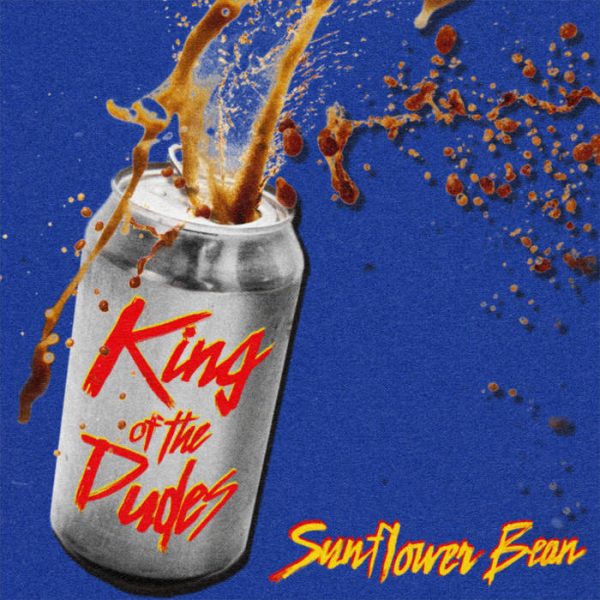 With three EPs and two albums, Sunflower Bean is no stranger to the music world. The New York trio has gained notoriety in the alternative rock scene with songs like “Easier Said,” and even performed at 2017 Desert Daze and will perform at this year’s Governors Ball in New York. The trio, led by punk powerhouse Julia Cummings, have been steadily releasing albums and EPs that seem to have no set sound. While their debut album gives us a New York punk vibe, their sophomore album, 2018’s Twentytwo In Blue, shows the softer, more melodic side of Sunflower Bean. That brings us to the release of their 2019 EP, King of Dudes.

King Of Dudes starts out with a title track by the same name. A punchy, loud electronic guitar cuts through the song, demanding attention. “King of Dudes” sets the stage for the whole EP with pop-rock, bordering on pop-punk nostalgia. We almost immediately hear Cummings’s strong snarl over the prominent poppy guitar riffs. She sounds strong in her convictions, with lyrics like “I know what I want, and I know how to get it,” but sends mixed messages with other lyrics, such as “I’m the king of the dudes if you want me to be.” When listening to this song, one couldn’t help but think it belonged in a teen movie. Picture a high-school girl taking the power back into her hands, and getting revenge on her bullies. The problem with this is that there are thousands of songs that could fit the same purpose. The strong vocals and sound of the song are contradictory to the lyrics, leaving no real message behind to be received by the listener. “King of Dudes” wants to send a message, but it seems like not even the members of the band know what that is.

“Come for Me,” the second track on the EP, starts out in a similar fashion, this time with a heavier drum-filled baseline. “Come for Me” is by far their most pop-influenced song to date. If not for the funky breakdown after the chorus, this song could easily be mistaken for a top 40 song. The baseline is catchy and high-energy, and is what saves this song from the same fate as “King of Dudes.” Despite the boisterous, compelling sound of the song, the lyrics fall short again. The in-your-face guitar riffs, bombastic drum beats, and high-energy vocals just don’t work with empty lyrics. The same lyrics repeat over and over again, “Do you really wanna come for me? Do you, do you, do you, do you? You know I got all night,” don’t fit in with the in-your-face instrumentals.

The EP’s third track, “Fear City” starts out like the first two songs on the EP, but immediately tells us this song will be a little softer than the rest of the album. “Fear City” gives us a little bit of 80’s nostalgia thrown into the mix with the more personal lyrics of this song, telling the story of empowerment after a bad relationship. “Fear City” still falls into the generic pop-punk chords of the rest of the album, but has more maturity that “King of Dudes” and “Come for me.”

The standout on the album is “The Big One.” This track is very different from the rest of the album, and resembles a much more traditional punk approach. Through her best snarl, Cummings’s basically tells us she won’t die laying down. Although the lyrics are once again repetitive, this time they resonate more with the listener than the first two tracks. While the whole EP screams “women are tough!” this is the first time it actually feels real, besides some moments on “Fear City.”

King Of Dudes feels like a tribute to the pop-punk powerhouses of the 90’s and early 2000’s, with influences from Hole, Paramore, The Ramones, and The Veronicas. While the inspiration behind this EP is clear, the message is not. It seems like Julia Cummings’s is trying to cement herself as a feminist female rockstar, but doesn’t know quite how. She sounds like she has something important to say, but she isn’t sure what that is. Many of the chords and sounds on this album are derivative, and while there’s nothing wrong with that, King Of Dudes fails to bring us any fresh sounds or interesting ideas. The whole album feels a bit rushed, which you can really see in the lyrics, which are confusing and convoluted. While Cummings’s attempts to echo the sounds of Courtney Love and Joan Jett, she ends up sounding somewhere in-between Avril Lavigne and Shirley Manson. Despite these criticisms, King of Dudes has many good moments, such as the sentimentality in “Fear City.” While “The Big One” feels out of place, it shows us that Sunflower Bean can still rock as hard as they used to. King of Dudes is a fun, upbeat pop-rock album with catchy riffs and melodies, and is a good listen if you can get beyond the lyrics.