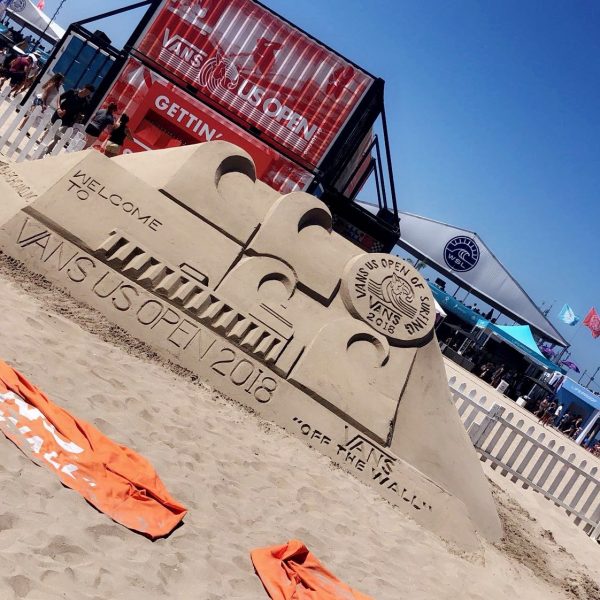 You probably know Huntington Beach, or HB as the locals say, as being the most popular “surf city” in Southern California. It’s easy to see why. The 10 miles of sandy beaches provide waves for each advanced and beginners surfers who can all find happiness. However, it is also the HB lifestyle outside the water, with surf shops, the pier, and the surfing walk of fame, that got Huntington Beach its label of “surf city.”

If a wave of people takes on HB every single day, from July 28 to August 5, the wave became closer to a tsunami, as HB welcomed The US Open of Surfing, happening south side of HB’s pier, full of surfers from all around the world.

Every year at the end of July, the surf city welcomes a stop from the World Surf League (WSL), where surfers and skaters get to compete and show off their skills to the beach crowd.

The WSL organizes several competitions throughout the year for every category. Surfers get points depending on the result they get on each competition. At the end of the year, a ranking is created, crowning the champions of each category. The US Open of Surfing is one of these competitions.

During the competition, the juniors compete to get their best result that could help them become the United States Junior Champion at the of the year. The athletes of the Open Men division have to improve in the ranking of the qualification series (QS) in order to qualify the next year for the Championship tour (CT). Only the 10 best surfers of the qualification series get to qualify for the CT, which is the top surfing level a surfer can reach. Last but definitely not least, the Open Women compete for a result that could get them closer to the World title as they compete in the Championship Tour. Yes, for once it is the women division that is put in the spotlight. The Australian female surfer, Tyler Wright, is the 2017 defeating world champion.

Yes, you guessed it right, Igarashi made it and won this year, again. His back-to-back win makes surfing history as only one other athlete ever won the event twice: Brett Simpson, another Huntington Beach Native. However, Igarashi had to bring out his best surfing skills to beat 2018’s rookie of the Championship tour and San Clemente local, Griffin Colapinto. The final was a back-to-back exchange between both surfers who gave an incredible aerial show. If Colapinto seemed to have managed the heat from the beginning to the end, a last minute eight-point ride from Igarashi was enough to bring him the lead. Colapinto recorded a total of 15 out of 20, and Igarashi a total of 15.77. 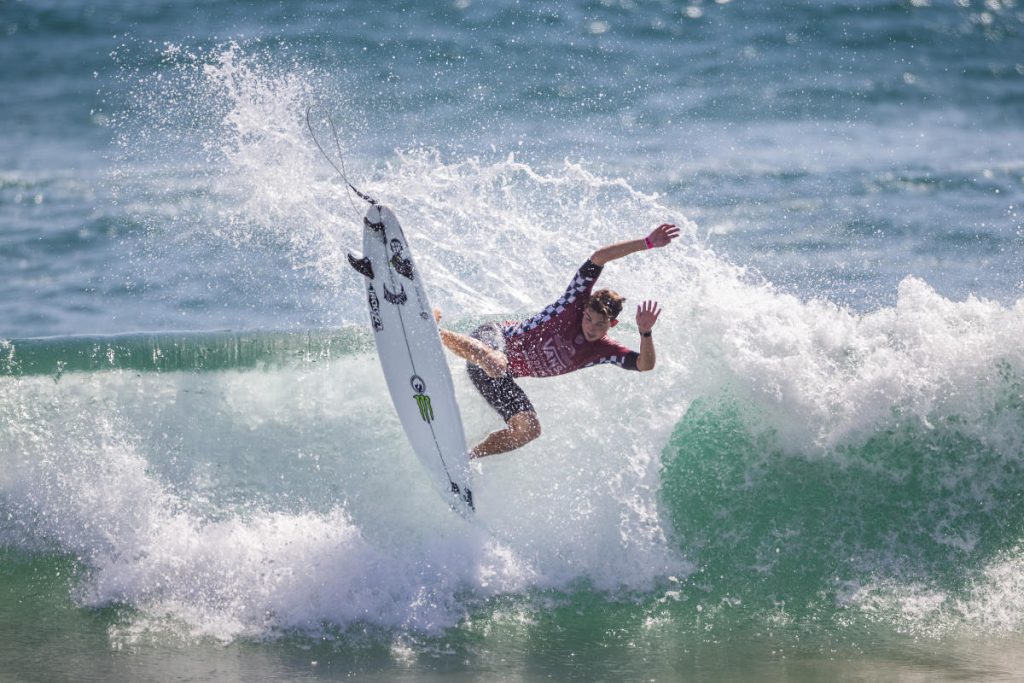 Surfers did not let it go easily, however. Colapinto and Igarashi had to work for their spot in the final. The 2018 US Open of Surfing will be remembered by the performances of the Hawaiian surfer, Seth Moniz and his 9.87 ride in the round 5, and by the French surfer, Jorgann Couzinet, who lost in semis against Colapinto, but got a nine-point ride wave. If Counzinet was not known from everyone before the event, HB and the surfing world are not about to forget him. If Couzinet keeps performing during the next few events this year, the chances of seeing him on the CT next year are high. He is currently sixth in the QS ranking. (reminder: the 10 first surfers of the QS will qualify for the CT).

A few minutes after Igarashi’s win, another local local surfer from Orange County, Courtney Conologue, gained the attention of the HB crowd. Conologue took the win in the Women’s Open Division over current world No.1, Stephanie Gilmore, a surfer from Australia. Conologue had just come back from a serious injury, making her victory the accomplishment of hard work and a successful, long rehabilitation. Gilmore got second place, confirming her advance in the race for the world title in front of current world No.2 surfer, Lakey Peterson, from Santa Barbara, California.

In the Junior division, the win was all Hawaiian. Summer Macedo won the Women’s Junior Division, while Barron Mamiya won the Men’s Junior Division. Hailing from from Encinitas, California, long boarded Kaitlin Maguire, took the win for the Duct Tape Invitational.

While the show went on in the salty water, skaters and several booths offered by the Vans organization kept the crowd fully entertained. Pro surfers and skaters left the competition to visit the booths, offering fans the chance to meet their favorite athletes, a life-time and unforgettable experience. Like always, Vans had their usual big shop on the sand selling US Open of Surfing Vans apparels for visitors to bring back as souvenirs. However, this year, Vans proposed an innovation. Customers were able to customized their Vans US Open of surfing shirts. All shirts were white, leaving customers to decide which logo they wanted among 30 choices. In addition, people were offered a free Vans hat which they could also customize. 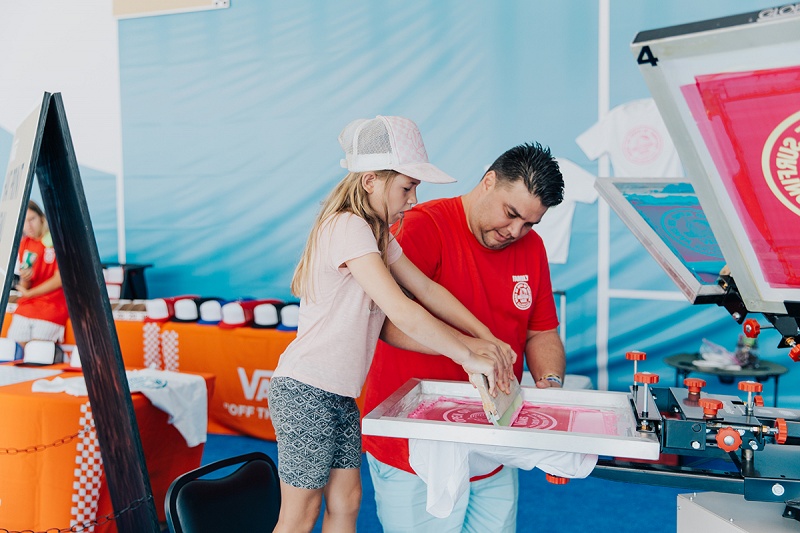 If you missed it this year, don’t worry, the show will be back again summer 2019, same time.  Join the wave!