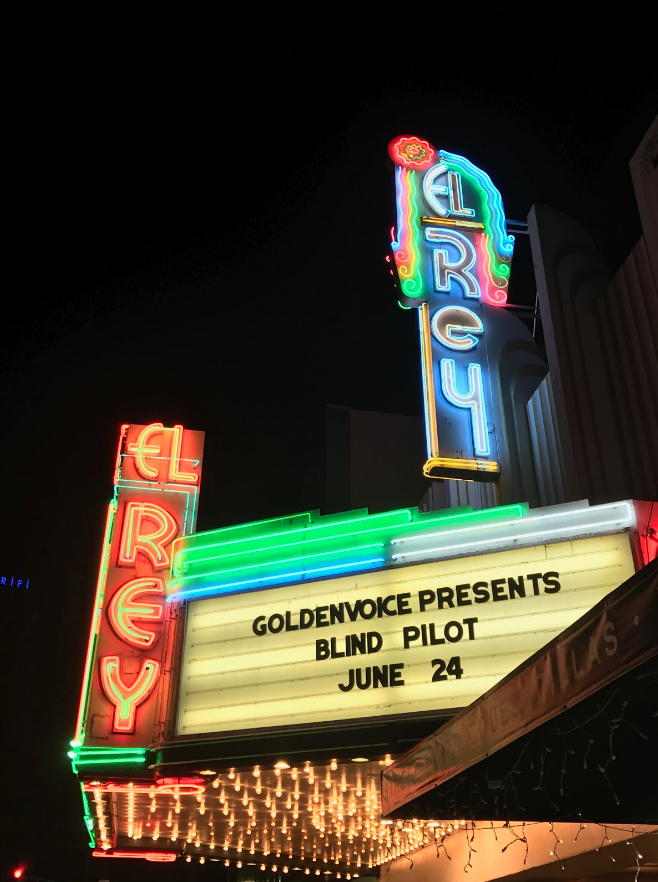 Hailing from Portland, Oregon, Blind Pilot at first seems to fit the Portlandia stereotype to a tee. Indie folk band? Check. A banjo player? Check. At least one member with a beard? Check. But on June 24th at the El Rey Theatre in Los Angeles, the band— led by frontman Israel Nebeker— proved there was more to the band than meets the eye.

The evening opened with an acoustic set by charming Irish singer-songwriter Charlie Cunningham. He was personable, admitting to his stage fright during his early numbers but gaining confidence throughout. After he finished, one felt like they knew Cunningham as a friend.

The mood for the main act was established very quickly, with the pre-show mix being Neutral Milk Hotel’s eponymous album “In The Aeroplane Over the Sea” end to end. As “Two Headed Boy (Pt. 2)” drifted to a close, the curtains opened to reveal Blind Pilot. They’re an unassuming bunch in person, and it seems like none of the members are really used to the spotlight. They radiated a humbleness that instantly made everyone feel comfortable. Members of the band are well-versed in trumpet, banjo, upright bass, and even the dulcimer. Instruments were switched out every few songs to get the perfect blend of acoustic instruments.

A mix between recent singles (from their latest album, And Then Like Lions) and crowd favorites, the setlist did justice to fans new and old. That being said, it’s safe to say the crowd consisted mainly of die-hards who have been with the band since the early days. The hipster LA crowd was hung on the word of every song, even helping the band sing when one of the mics blew out. During “3 Rounds and A Sound”, the retro vocal microphone being used for the intimate number stopped working, prompting the three to step out onto the edge of the stage and finish the song completely stripped down and acoustic; funnily enough, it ended up being the most exciting moment of the show. Blind Pilot’s warm, homespun sound translated well to such a dialed-back performance. The standouts of the night were older hits “Half Moon”, “One Red Thread”, and crowd-pleaser “We Are The Tide”, which closed out the show with rollicking energy.

In today’s digital age,where an influx of electronic music headlines sold-out festivals and dominates the radio waves, it’s refreshing to see a group like Blind Pilot captivate an audience with nothing but good old-fashioned, analog sound. 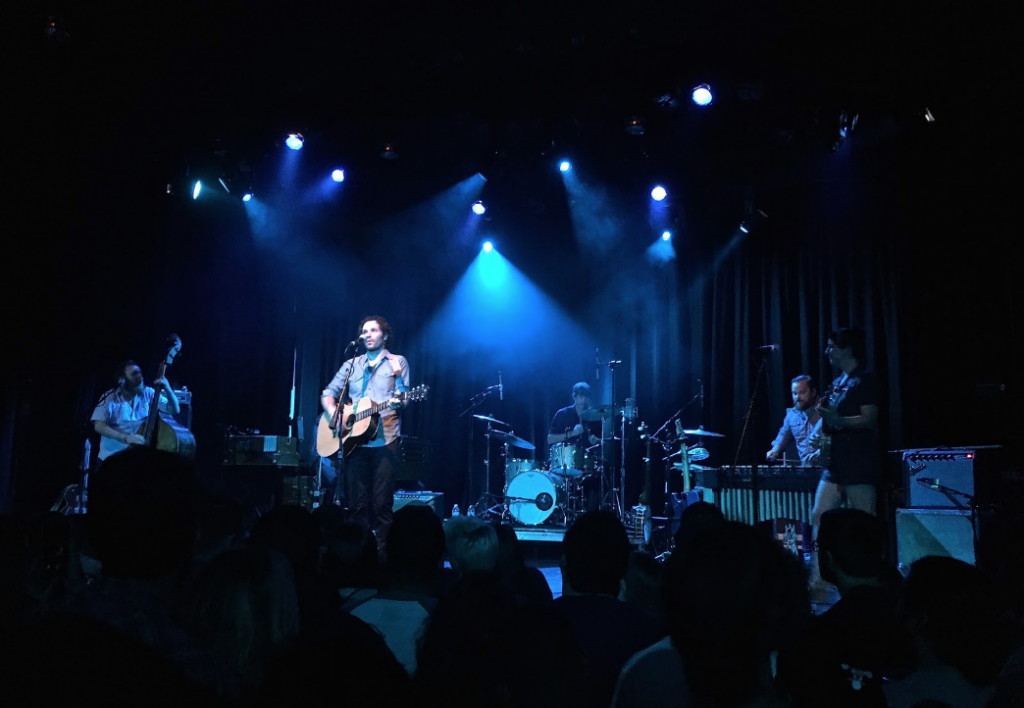