There was a little something for everyone at Arroyo Seco Weekend on June 24 and 25 at The Pasadena Rose Bowl. Whether you’re into music festivals for the vendors, the food, the mainstream, jazz or indie music scene, Arroyo Seco Weekend really brought all ages together.

Vendors are becoming just as important at music festivals as the music. They had some great vendors at this festival – in large part because they were providing us with shade, water and free things to get us through the 103-degree days we were facing.

The first vendor that caught my attention was Bai. You may know, Bai from their Superbowl commercial featuring Justin Timberlake and his song Bye Bye Bye with NSYNC. Bai was there giving away free water, which was huge! I think I had four of them by the end of the day. Probably saved me close to $40. I basically became a walking advertisement for Bai at that point. I had people come up to me asking what the deal with Bai was. Bai, if you’re reading this, you can pay me after.

There were a few other cool vendors there but the last one that really caught my attention was the record store. I’ve never seen this at a music festival before and it was awesome. It was in the shade, they had fans and records! They had a huge selection of used records from rock to jazz to blues. Then they had some of the records of the bands playing up along the walls for easy access.

When it came to the music, Saturday was a pretty mellow day. I was looking forward to seeing HALEY at 2:30, one of the opening acts, but after underestimating how long the metro would take to get to the Rose Bowl stadium (who knew LA had reliable public transportation?), I had already missed HALEY and made it there just as Jeff Goldblum was about to begin his set.

He was performing on the only stage that was fully covered in shade, so it was the perfect act to see while the sun was still strong. He kicked it off with a few jokes while getting intentionally cutoff by the Mildred Snitzer Orchestra, and would jump into some more jokes while shamelessly plugging his new movie (be on the look out for Jurassic World: Fallen Kingdom in 2018).

I left Jeff Goldblum pretty early on in his set to check out LIVE. After a few songs from LIVE and remembering those angsty teen years we all had when we used to listen to them, I left to go see Broken Social Scene.

They put on a good show but I decided to leave early (something I unfortunately had to do often at this festival) to watch Dawes perform. Dawes were great but, I think at that point I was so dehydrated I couldn’t even focus on the music. Which is one of the difficulties of having a music festival in heat that ranged from 90 – 105 degrees. I grabbed an acai smoothie to try to rejuvenate myself and met up with some friends sitting down before Alabama Shakes.

I’m not an avid Alabama Shakes listener. Not for any particular reason, her voice is great, they play well together, it’s just not what I listen to in my free time. That being said, they were awesome. Everyone said, once you see them live, you won’t stop listening to them. And while I’m not listening to them every day, they did give me the energy I needed to keep going on Day 1.

After the Alabama Shakes, it was all about Tom Petty & the Heartbreakers. They played their entire hour and a half set without any competition from other stages.

Before they went on, they had a collage of pictures they were flipping through as they were doing sound check. Some of the photos were of Record Store Day, others were of Tom Petty & The Heartbreakers and others, I really couldn’t tell what they were about. After going through all the pictures at least three times, Tom Petty & The Heartbreakers took the stage with so much energy that I felt as if I got transported to the 70s. After a stellar three songs, Tom Petty said they are celebrating their 40th year together and, “we’re gonna look at these 40 years like it’s one side of the record and we’re gonna drop a needle up and down it” drawing some relationship to the pictures of Record Store Day from earlier.

After playing a song off their new album, Tom Petty said “this next one comes from 1982”. After what I assume was someone young in the front shouting that they were there, Tom Petty said, “I know you weren’t there, you sir, however, you were there.” Pointing out how diverse the audience was.

They ended the night after their encore with a few classics, “American Girl” being one of them, which left us ready to catch the metro back to the city before coming back in the morning.

We got to the Rose Bowl early enough on Day Two to claim a good spot at the main stage where Mumford and Sons would be closing out the festival and to see the Mowgli’s perform. I stayed for a few songs and heard some of their hits.

After the Mowgli’s I checked out ZZ Ward. She is awesome. Her music doesn’t totally fit with what I usually listen to, but she was really enjoyable to listen to. Towards the end of her set she brought Fitz on stage so they could perform one of their songs together. They had great energy on stage together and when he realized his mic wasn’t working properly, he quickly jumped to her mic and they shared it the rest of the song.

After Fitz and ZZ Ward finished their song together, I headed over to see The Revivalists. I am very familiar with their hit “Wish I Knew You”, but hadn’t listened to much else on that album, so I was interested in how their set would go, and I loved it! They had an amazing onstage presence.

Watching their set is the reason I love music festivals; you get the chance to fall in love with a band you may otherwise not have listened to much of.

I was quickly reminded why music festivals can be challenging after the Revivalists’ set. It came time to make the tough decision: do I watch Fitz and the Tantrums, a band I’m familiar with but don’t listen to all the time, or do I grab a good spot to watch Andrew Bird, someone who I’ve seen perform live twice and fall more in love with every time? I decided I wanted to see Andrew Bird with a good viewing area for as long as possible until I would go watch Weezer perform.

I was a little sad I didn’t get the opportunity to see Fitz & the Tantrums perform because I’ve heard that they put on a great live show, but as soon as Andrew Bird started whistling, I completely forgot about them. I stayed for most of his set and heard him perform a song I haven’t heard live before, “Capsized” and then left to go see Weezer.

Leaving Andrew Bird’s set was the most difficult decision I made all day and I found myself walking incredibly slow and stopping multiple times before actually deciding to continue on to see Weezer.

Weezer put on a great show. They came out dressed like Guns & Roses, which I didn’t quite understand and they never gave an explanation for, but eventually Rivers Cuomo took off his wig to show his true self. They played all of the classics as well as some amazing lesser-known songs. They even covered Mike Posner’s “I Took A Pill In Ibiza” and remixed it with “Holiday.”

As their last song was ending I was off again, this time to see The Shins. I missed the first 10 minutes or so of their set, but The Shins did not disappoint. They played some favorites and came back from an encore with Los Lobos on stage to sing “The Fear” together. The Shins ended their set by sampling “American Girl” to pay their respects to Tom Petty & The Heartbreakers who performed the night before.

As their set finished up, Mumford & Sons took the stage to close out the weekend. They’re a band that I stopped listening to about six years ago, but I was still able to sing along to most of their hits. They came back from their encore and all sang around one mic, being real quiet for the neighbors and then turned up the volume for their last song, waking up anyone who may have fallen asleep.

Mumford & Sons ended a memorable weekend in Pasadena full of great music, food and vendors, making it worth being outside in 100-degree heat.

A few photos from the weekend: 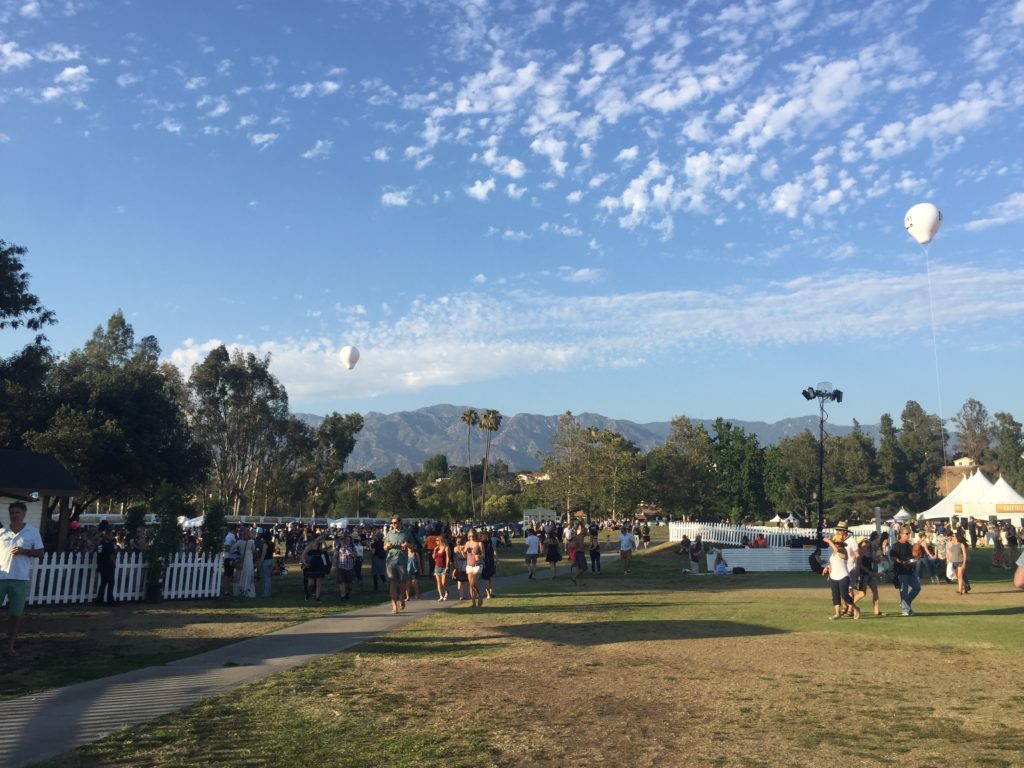 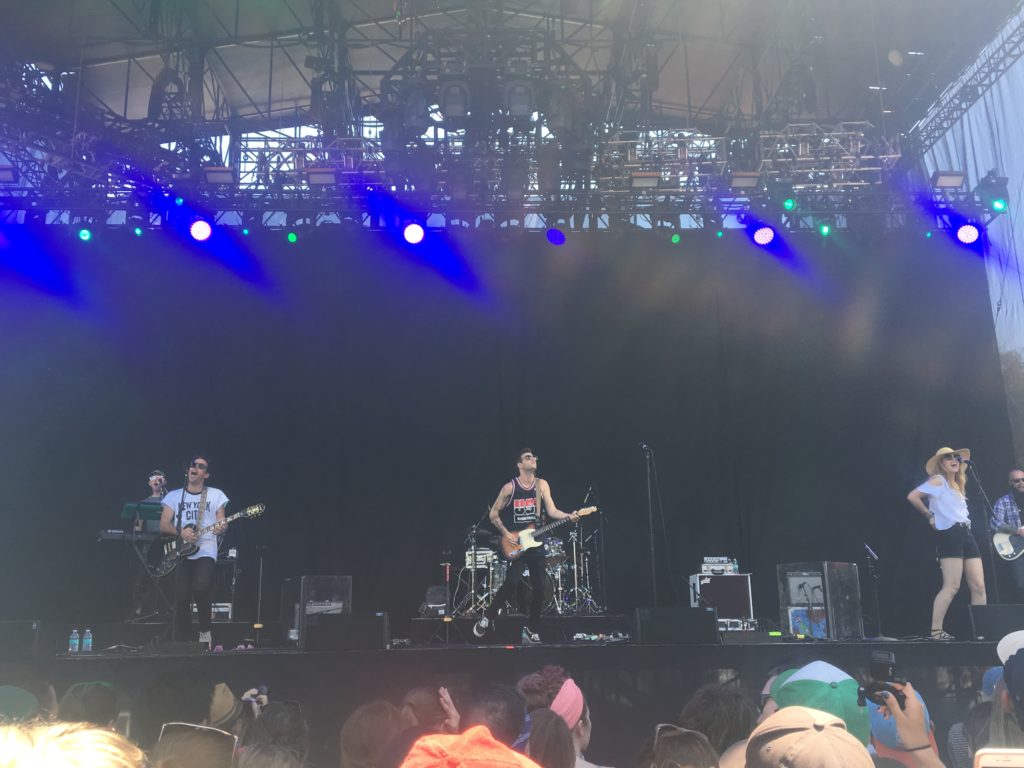 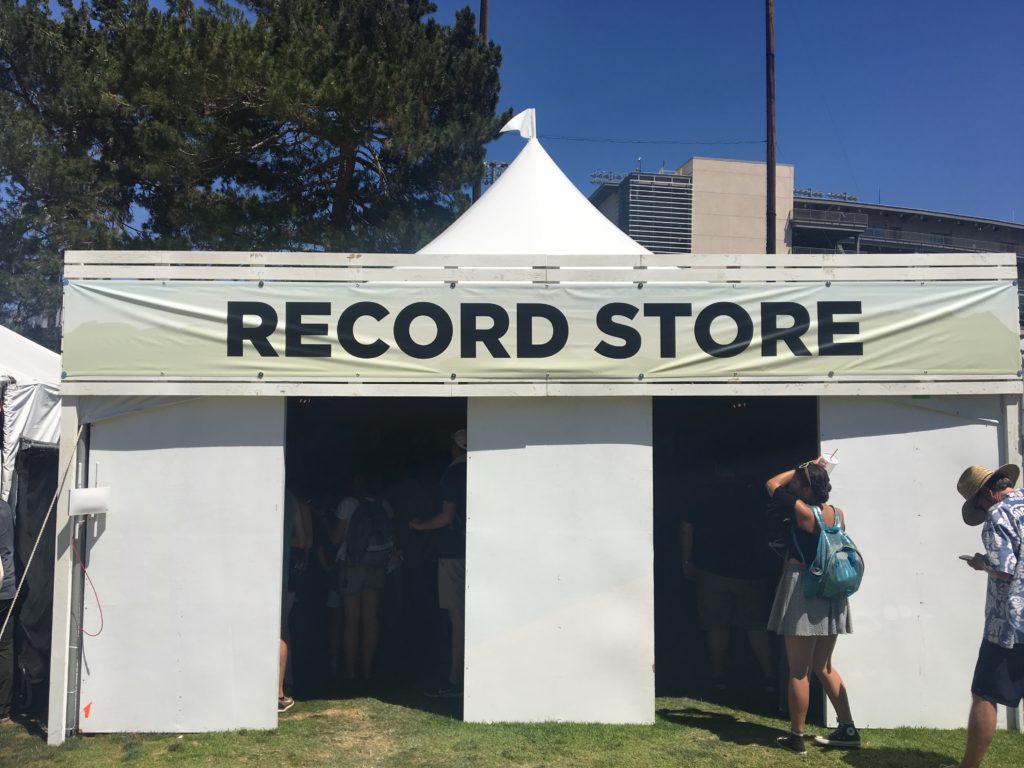 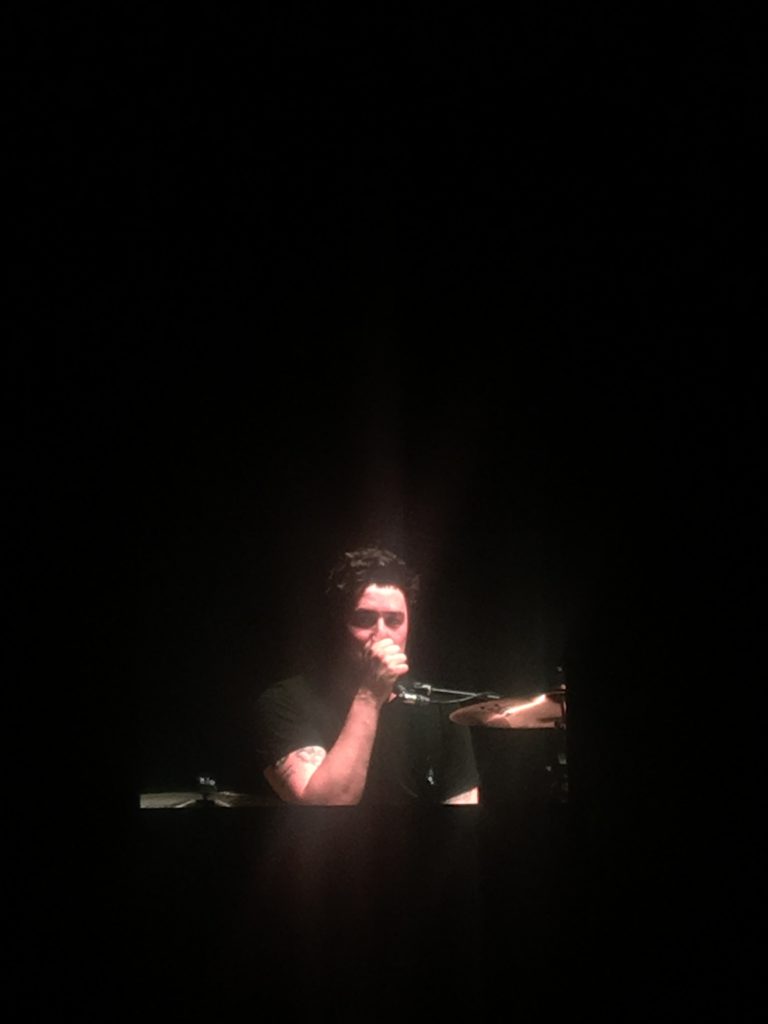 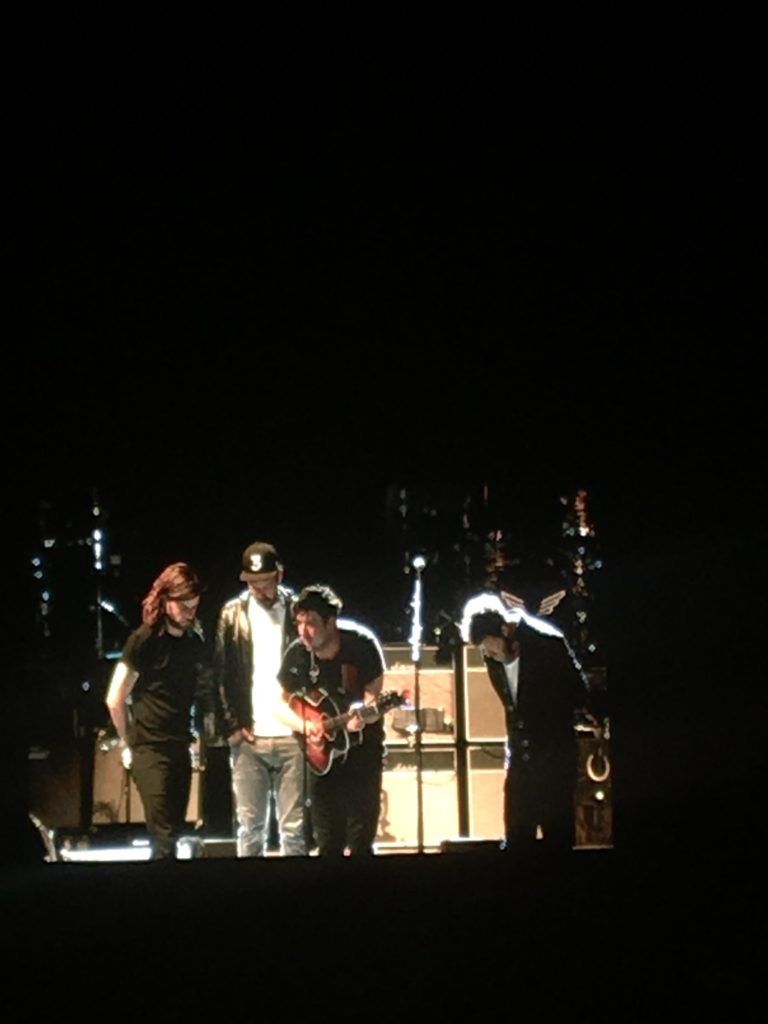 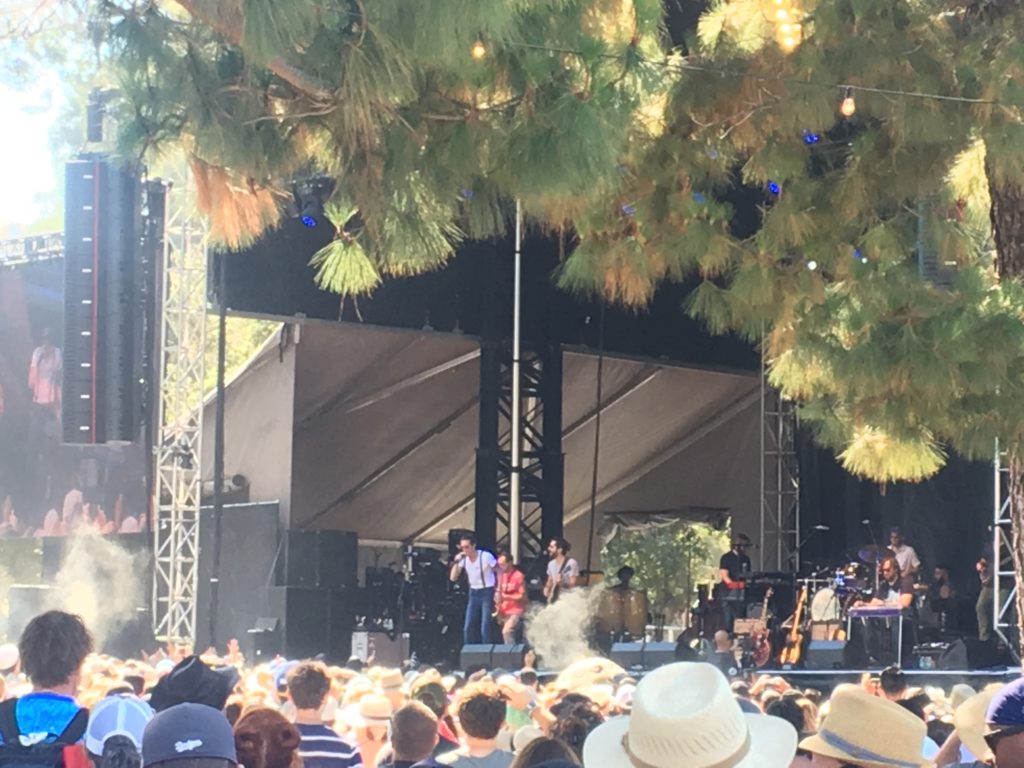 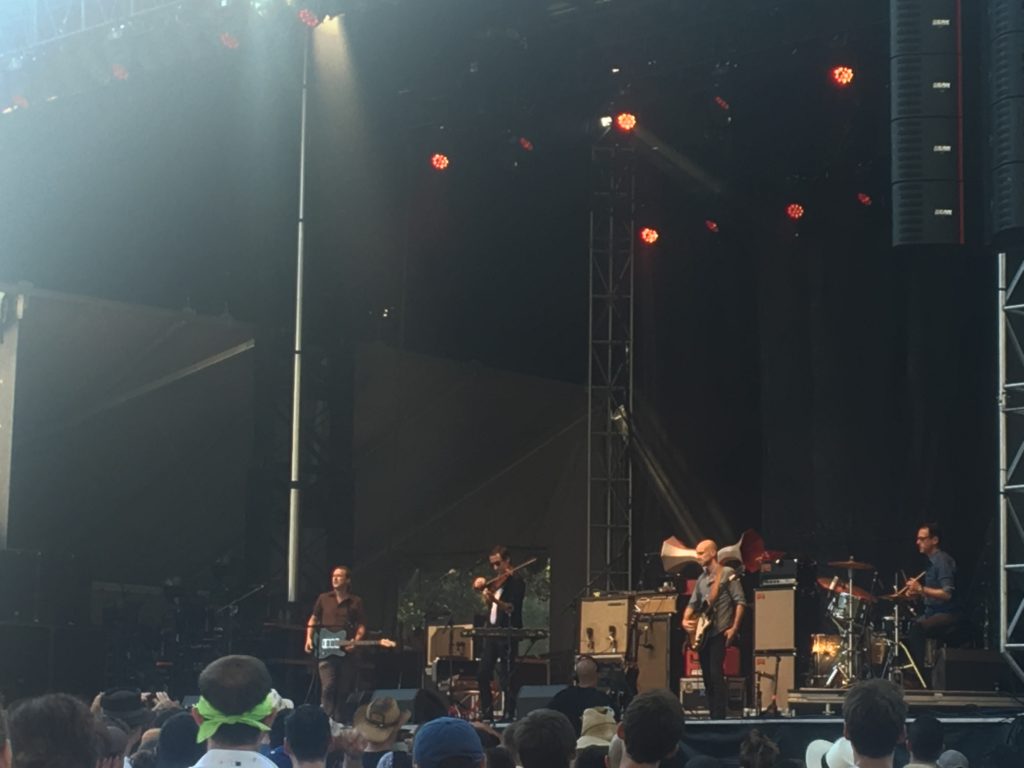 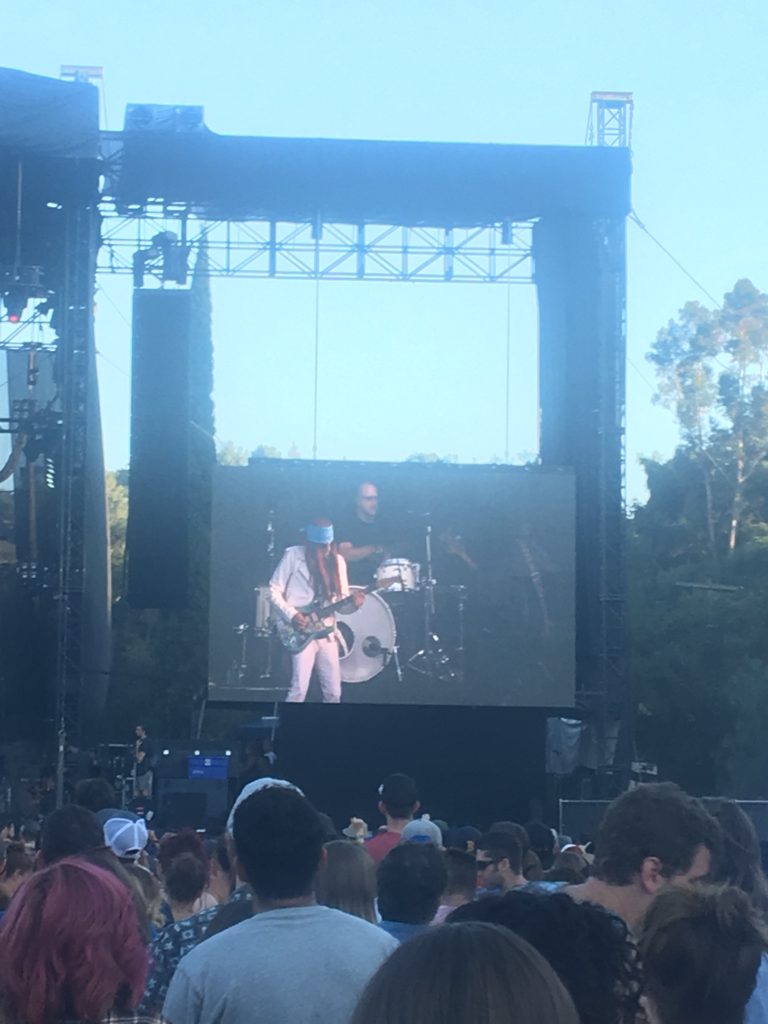 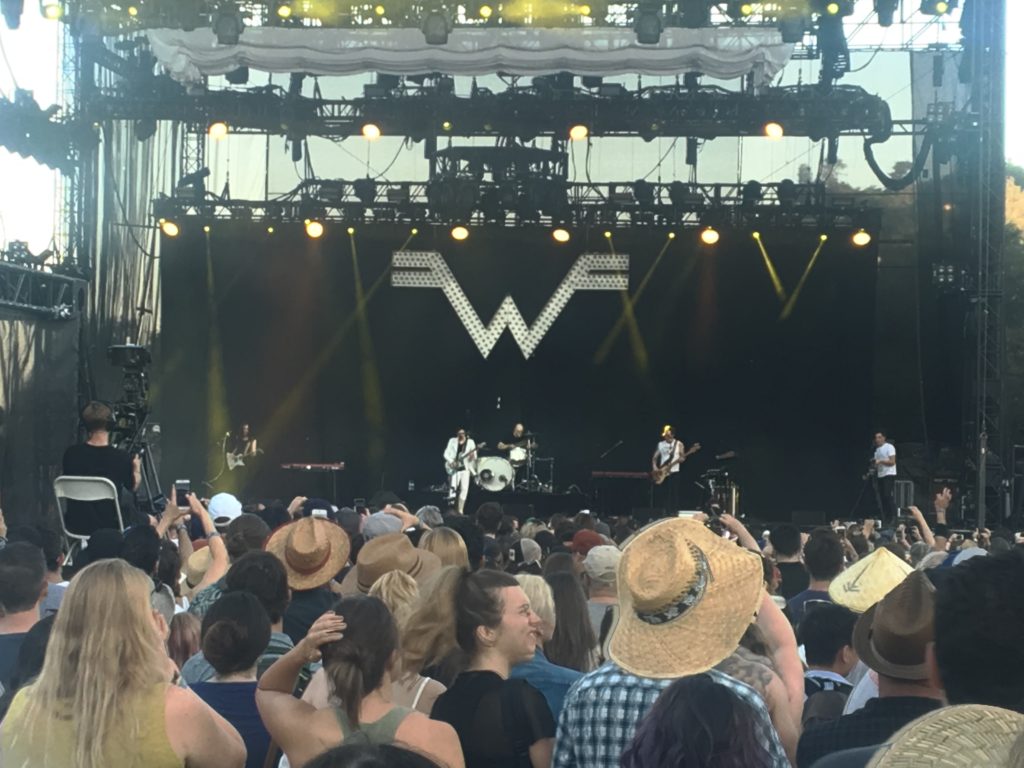 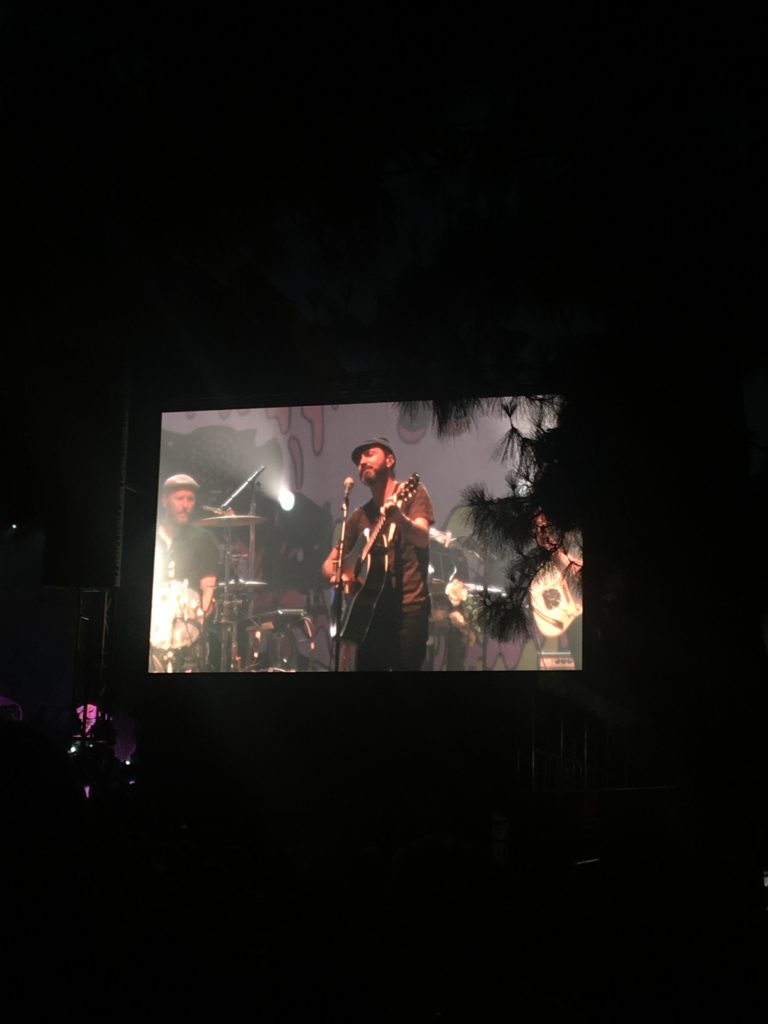 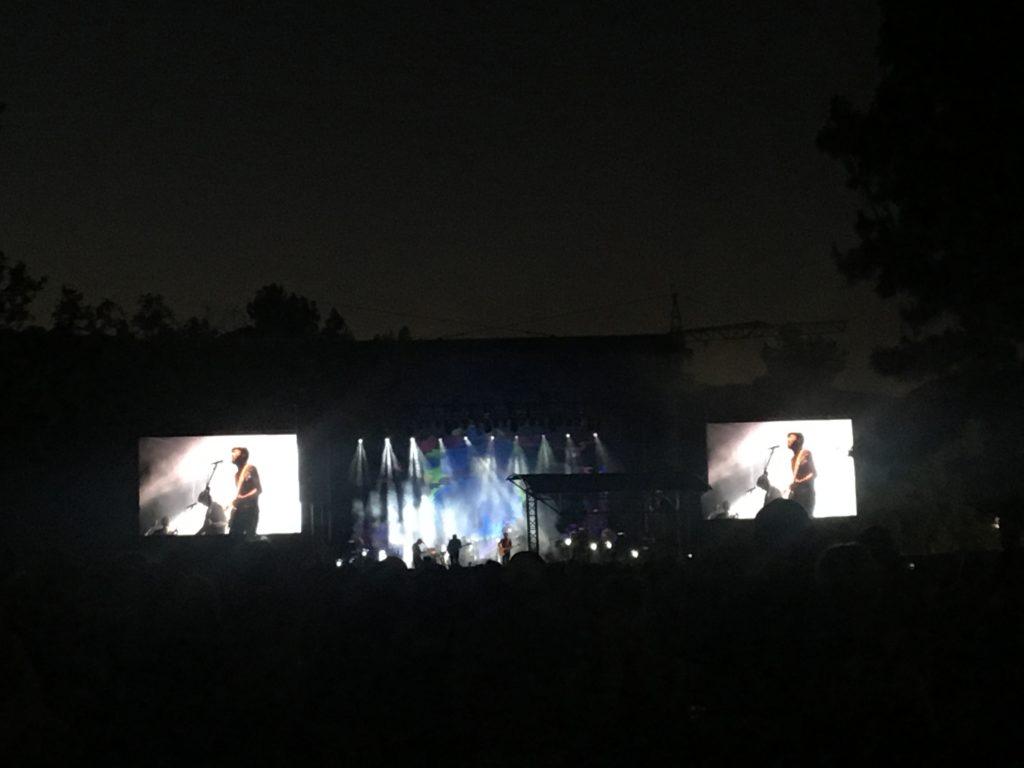 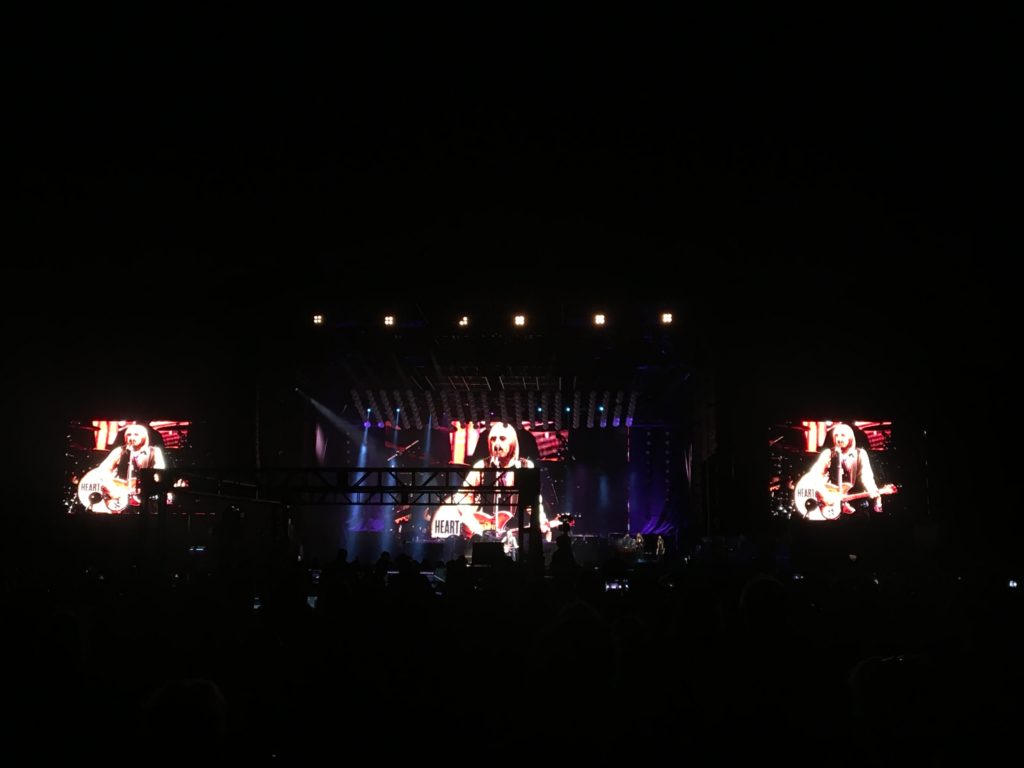 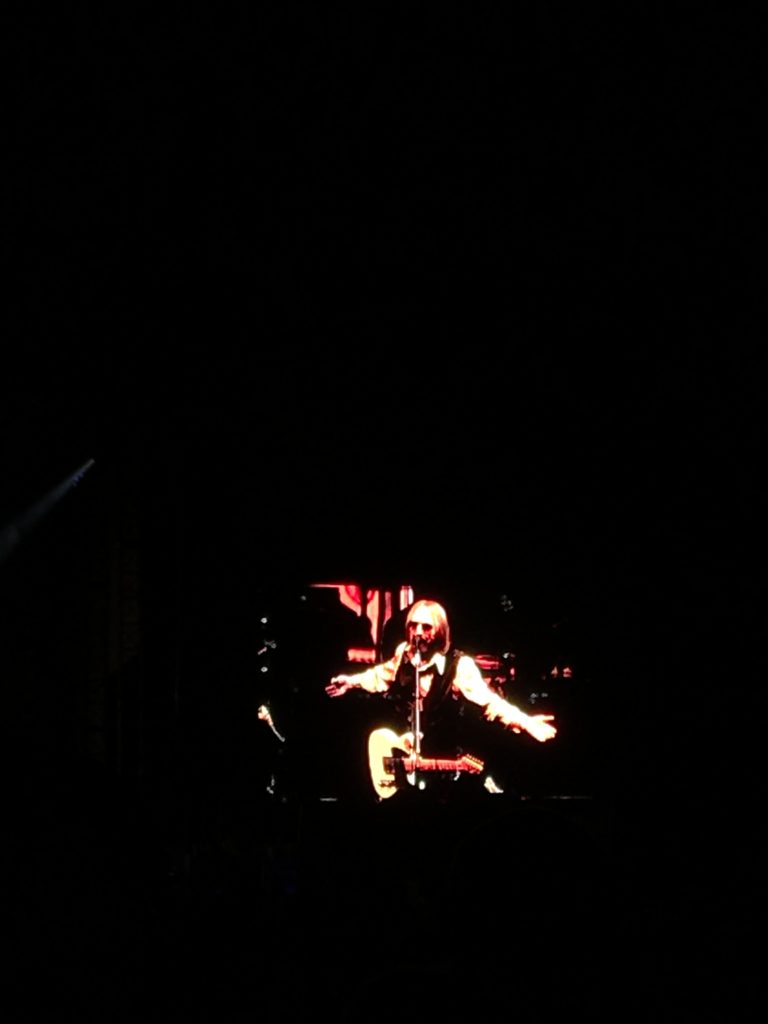