We hit the ground in Indio this year, ready to take on Weekend 2, armed with copious sunblock and a field mic to capture the best of Coachella 2017 and talk to a few of the bill’s standout acts. Seeking shelter from the relentless sun (with temps crossing 100), we had some great chats with a true international cross-section that included Bishop Briggs, Blossoms, Capital Cities, Dudu Tassa & the Kuwaitis, Grace Mitchell, Oh Wonder and Pond. Some revelations: it’s a family affair for Bishop, who’s managed by her sister (and they rock matching custom jackets & frames); Grace has a formidable acumen for jazz, which has us anticipating her upcoming album all the more; the Pond guys conjure an image of a fertile & fraternal psych-rock scene in their native Australia; and Sebu of Capital Cities was forthcoming in explaining the band’s lengthy hiatus, by saying, simply, “the muse didn’t come.”

Check out all the on-site artist interviews here. 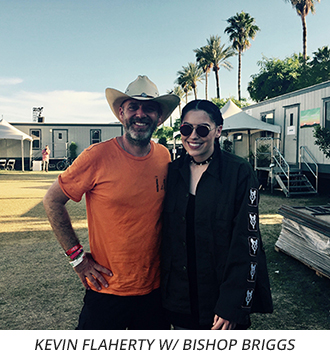 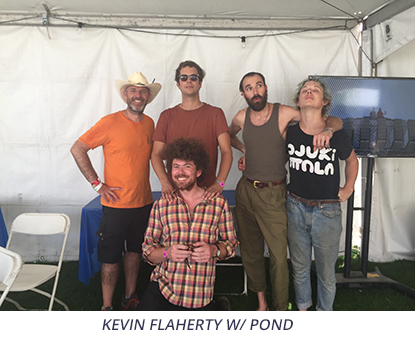 There was music everywhere, of course, and the sheer volume of artists and the remoteness of the fest made for a heady game of chance. Radiohead (who suffered through horrific sound problems in Weekend 1, and the inevitable press fallout in the aftermath) sounded fantastic on their second try. Future Islands took the stage too early, with frontman Sam Herring tearing through an inspired performance, even as he exhibited confusion about their missing sound (before amiably vacating the stage and starting from scratch 10 minutes later). The legendary Toots and the Maytals simply played til they got the hook — their killer trifecta of “Funky Kingston,” “Pressure Drop,” “Monkey Man” keeping the audience rapt until the power got cut. Every year there’s a band who wasn’t on your itinerary, whose set you walked by en route to somewhere else, before it stopped you in your tracks. This year it was Tycho, whose ambient electro — with a frontline of live instrumentation — was set against a dazzling projection of surf video, making for a surreal experience 100 miles inland.

We ran into The Interrupters’ Bivona brothers out on the field, after their scorching set at the festival’s new Sonora Stage (a club-like venue for new & established punk & rock acts, curated by 25-year-old Rene Contreras, founder of Viva! Pomona). and we found the entirety of SoCal faves Lovely Bad Things working the counter at the fest’s pop-up record shop (where we celebrated Iggy’s 70th by taking home a fistful of his early ‘80s vinyl). Even the guy in front of us on the way in had a guitar strapped to his back. What more proof do you need that Coachella is less a music fest than a state of mind?

A purported 40-acre expansion of the festival grounds (which includes camping & parking areas) meant a longer walk between stages & tents, as the gates greeted 26,000 more attendees this year. For those of us who began the festivities around 11:30am each day, the change was barely noticeable for the bulk of the afternoon. 6pm seemed to be the witching hour, when the masses rolled in to avoid the high sun and catch the evening’s headline acts. Whatever publication you read, the only trend that seemed worthy of reportage this year were lines. Everywhere.

All in all, it’s the same Coachella you know and love, albeit a little different every year (Hans Zimmer, anyone?). By the time the dust was kicking up Sunday night, it was time to go. 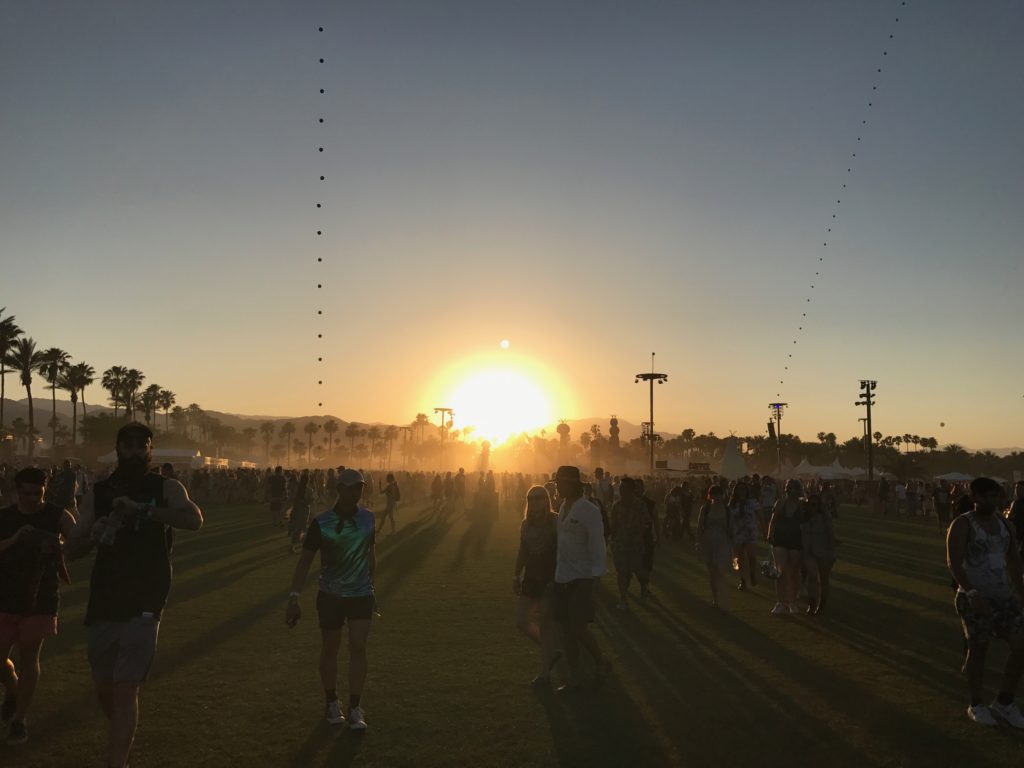