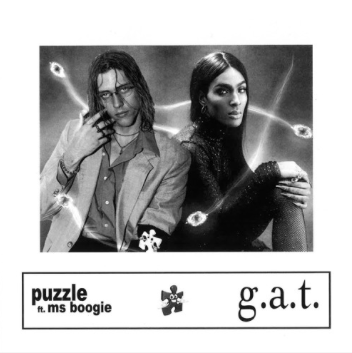 “g.a.t.” is the latest single from Fletcher Shears’s solo endeavor as Puzzle. Featuring Brooklyn-based rapper, Ms. Boogie, the track is the first taste of Puzzle’s upcoming album, X Hail, set for release on Jan. 1, 2019. A prolific musician in both his work for Puzzle and as one half of The Garden, Shears’s evolution as an artist is on broad display in “g.a.t.” which continues to redefine his ever-changing sound. Shears blends a smooth rap beat with hypnotizing synth, interweaving Ms. Boogie’s soft and dreamy vocals with his own punk verses. The result is a hypnotizing and memorable precursor for Shears’s new album and sound that promises to expand upon the ideas he first laid out when he started Puzzle back in 2012. We’re all ears.