Getting Groovy with King Gizzard & the Lizard Wizard 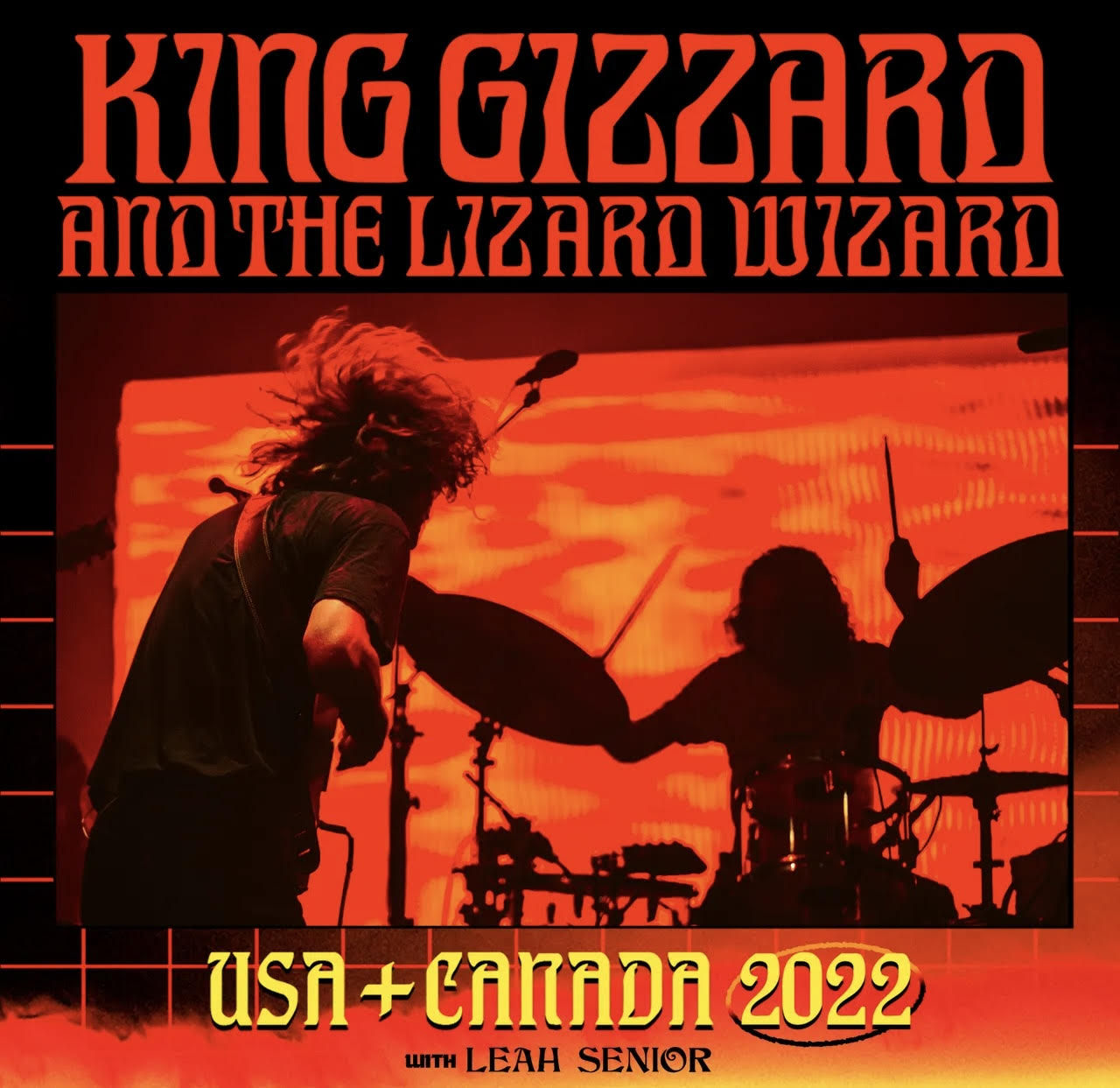 In their 308th concert, King Gizzard & the Lizard Wizard played for 3 hours in a spectacular show at The Greek Theatre in Berkeley.

I was especially excited for their opener, Leah Senior, who did spoken word for their 2017 album, Murder of the Universe. I had never listened to her music before. I loved her band, as well as her music. The flowy energy of her music, while contradictory to K.G.L.W, was the perfect way to set the tone for the night. Fun note about the band, all but one of the musicians have bangs.

The stage was simple, with a gong behind the drums and a saxophone stage left -nothing unusual for King Gizzard. While setting up, the band had great crowd interaction. Making funny moves at the strum of a guitar, or even just gesturing to the crowd. Stu, the lead singer, was on stage for the majority of setting up and was the most vivacious. Creating this relationship with the crowd increased my anticipation for the show to start.

And so the concert began with “The Dripping Tap,” an eighteen minute song that induced the whole pit to mosh. They claimed that their set was almost like putting their music on shuffle, and I agree.

They then debuted their new single “Ice V” and urged the crowd to dance for 10 minutes. Then, it happened: the longest throat singing I’ve ever heard. “Nuclear Fusion” was absolutely transformed with the throat singing performed by Joey Walker. After 14 songs in their first set came the 15 minute break.

“Self Immolate” is a no-brainer to hype the crowd up when coming back from a break. Surprisingly, the energy of the crowd stayed high throughout the three hour show, with help from the explosive music. My favorite of the night was “Gaia.” Other than being a great tune, there was an epic drum solo that lasted at least five minutes which included a fast and precise double kick. The drum solo left my heart and stomach on the floor. It was life changing. Michael Cavanagh, the drummer, owned the stage with the solo, which then transitioned back into “Gaia.”

Every song performed was absolutely fantastic. The band does a really great job of adding vibrance and emotion to their set. With a cyc screen behind them, the psychedelic visuals carried along with every song. I wish the visuals were more on beat, but they created a space of virtual reality that I have not experienced at other shows. Their performance style is simple; they let the music perform for itself. With the narrative-like concept of their music combined with the visuals, it is almost like you are transported into another dimension. You can follow King Gizzard & the Lizard Wizard on their tour until April.