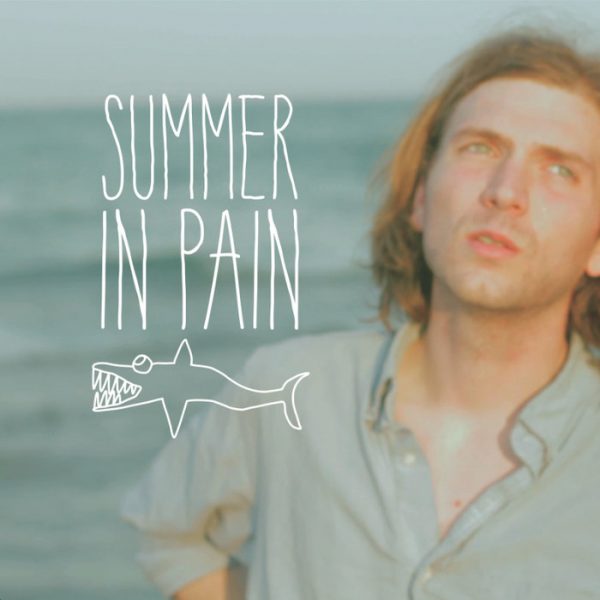 Though seasons come and go, Jimmy Whispers lives in a perpetual summer of hell. Released back in March of 2015, Summer in Pain is a 23-minute lo-fi tale of the apocalyptic world of heartbreak, love, life and death that not even a vacation can save Whispers from.

It may seem a melodramatic view of the world coming from the lovesick 20-something who declares himself “the greatest bedroom popper in the tri-state area,” but it’s real to Whispers, who, alone in his bedroom, can’t help but feel what he’s feeling. But Whispers isn’t ignorant to the pretentiousness of it all, often slipping into self-conscious tangents that reveal a mind still trying to figure it out, and what this “it” exactly is.

Backed by an organ and various drum machines, the nine-track album is as simple and sincere as its creation. And it is perhaps its simplicity (Whispers recorded the album with an iPhone), that allows Whispers to reach unexpected emotional depths not heard in studio-produced music. It’s pure, raw emotion, absent of fluff or filler, not that there’d be any room left.

For an album created within the confines of a bedroom, Whispers’s lyrics are devoid of any walls. He softly delivers, not quite whispering, heart crushing lines such as “life is easy when you want to die” and “love is dying on the ground” in one breath. It’s the entirety of existence crammed into a bedroom.

Despite its emotional weight, the album is anything but mopey. Its upbeat rhythms and carnivalesque melodies ironically complement Whispers’s broken, lamenting voice. Each song is distinctively catchy, often bringing about singalongs in which we share in Whispers’s confessions, adopting his pains, hopes and promises as our own, while uncovering our own feelings in the process.

From “I Love You,” in which a heartsick Whispers professes an undying love that will never change, to “Pain in My Love,” in which he begs for his feelings to change, every conclusion Whispers reaches is a contradiction. And he’s aware of that. Because Whispers knows, having lived through it, that heartbrokenness can’t be cured by a single solution or coping mechanism, but must be felt in all its messed-up entirety. Whispers spends the whole album battling between his desire to change the way he’s feeling and to fully experience his apocalyptic love sickness. It’s a painful and inevitable undertaking not for the faint of heart.

But our heartbroken hero is not immune from the consequences of love, life and everything else. Despite his familiarity with the subjects, he can’t help but feel alone and struggles to find the words to describe what he’s feeling. In the first few seconds of the closing track, “Heartbeat,” Whispers repeats “it’s real” to an audience he renders unconvinced, but really, it’s himself he’s singing to, restating the phrase over and over again until he finally believes his own words. But by the end of the song, as Whispers’s desperate voice drenched with feeling fades into the music, it’s clear he’s found words in the silence, pop melodies in the emptiness and hope in the despair.

“When the rain washes you back to me, I get a haunted feeling I cannot explain,” Whispers reveals on “(Summer in Pain.)” But he’ll keep on trying, summer after summer. It’s an eternal summer spent in hell and everyone’s invited.