Mike Epps Is Seeing Success All Around 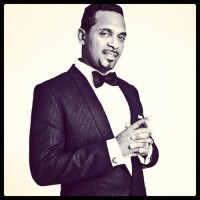 During the interview, Mike Epps talks about performing, his comedic style, and his upcoming roles in both television and movies. He admits, that his role as Richard Pryor was a controversial and he discusses how he got that part. Mike Epps also talks his role on the upcoming show Uncle Buck on ABC.

Mike Epps will be performing at Irvine Improv Comedy Club in Irvine, tonight and to hear the full podcast click here.