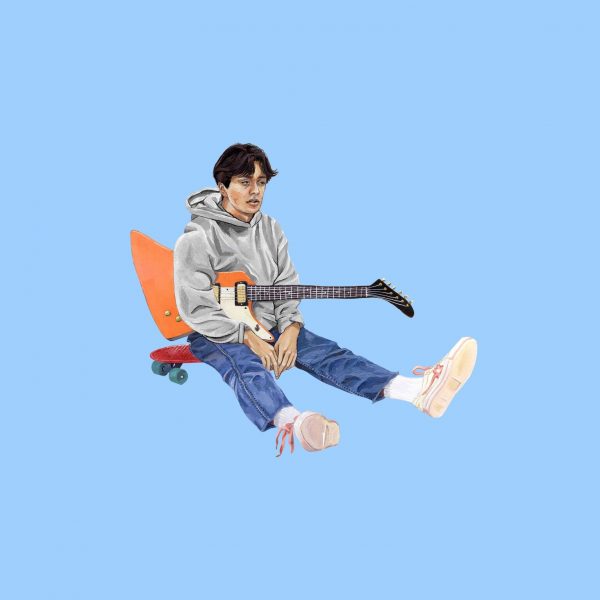 Recall a time when feelings you had for a special someone weren’t reciprocated. Putting your all into a relationship knowing it’s over. Reminiscing on those bygone memories of the past, wondering if anyone remember it with as much fondness as you do. These are the feelings captured by the sounds off of boy pablo’s latest EP, Soy Pablo.

Where Muñoz grew up, rain is an almost daily occurrence, but he takes inspiration from the few sunny days spent with friends, Muñoz said in an interview with Cortex.

After the music video for his song “Everytime” went viral on YouTube in May of 2017, his EP “Roy Pablo” gained notoriety leading him to release two singles, “Losing You” and “Sick Feeling,” both of which make appearances in their sophomore album, “Soy Pablo.”

Translating to “I am Pablo,” the album is all about Muñoz as an artist and an individual. It encompasses the stress and toils of young romance with brevity. Seven songs in twenty-one minutes. Songs which relate to feelings of love lost, emotions we all feel and experiences we have all been shaped by. They make us who we are. This seems to be what shaped Muñoz.

The album kicks off with “Feeling Lonely,” a groovy, upbeat track in which Munoz longs for the woman he saw last night. The song continues with this the theme of loneliness until the line: “I miss you so bad. The thought of you makes me sad. I’m going mad…no I’m not.” It’s an a humorous realization, one that causes the listener to laugh. The song hits the point that sometimes we just feel lonely, and although we may attribute that to missing one specific person, it could just be that we want company.

“Wtf,” just seconds over a minute, has Muñoz confused as to why his lover needs space from him. Left in vagueness, he sings of how he wants to understand why he’s being shut out. Look to the title if you’re wondering how he reacts.

“Sick Feeling” and “t-shirt” are both songs pertaining to sleep, memory, and nostalgia, fascinating subjects to Muñoz. Whether waking up without your lover realizing they’re gone or reminiscing a lover, remembering his feelings, Muñoz explores these topics in relatable ways.

“Limitado,” as the name suggests, is about the limits felt during rejection. Muñoz can’t let his lover go and reminds them that he’ll always be there, waiting for them. The final minute sheds lyrics for ethereal vocalizations backed by trancey music, giving the listener time to really feel the emotion of the song.

“How would you feel if I walked up to you one day and ripped your heart out. How would you feel if I said to you, ‘That’s how I feel…’” The lyrics that kick off the semifinal tune of the album, “Losing You.” Muñoz is processing repeatedly getting hurt and lied to by his lover, but yet, remains infatuated with her. He sings: “How could you lie to me time and time again. I’m getting tired of everything you say. But I want you anyway.” It’s a situation made bittersweet by the intersection of upbeat music and melancholic lyrics.

Closing off the album is “tkm” an acronym used for the Spanish phrase, “Te Quiero Mucho” meaning, “I love you very much.” It’s a very melancholic song. It’s also the longest song on the album with a runtime of five minutes and thirty-eight seconds. The crooning of the guitar really carries the emotion of this song. Though the last three minutes are instrumental, their simplicity packs so much punch. It says more than the lyrics Muñoz wrote.

“Soy Pablo” is short and simple. If the topic of the album were a bag of Skittles, the individual candies would be the songs, each touching on different flavors of the subject: the struggles of love. It’s a subject many people understand even if their words can’t describe it. boy pablo’s simple lyrics and dreamy music takes me to that place. With over a million monthly listeners on Spotify, boy pablo’s success is more than just a viral one-hit-wonder.