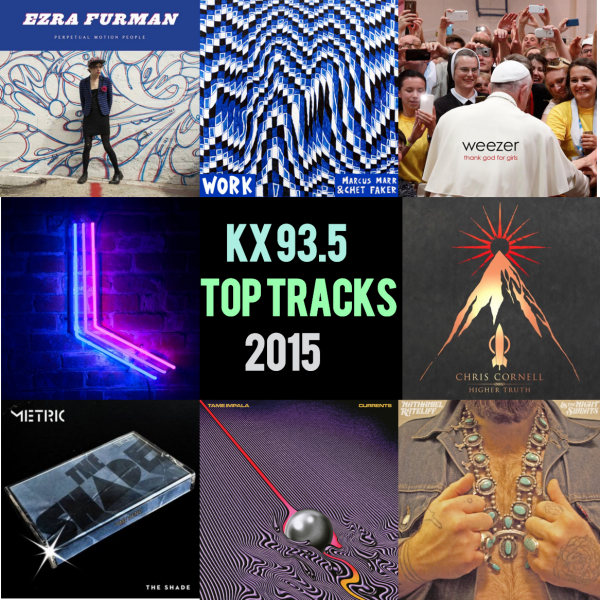 We had originally planned to feature our favorite 15 tracks (for 2015) but there were just too many alternative gems released this year, and it physically pained us to narrow down the list. So, we doubled 15 and now present our 30 Top Tracks of 2015 from the staff here at KX FM 104.7. Make sure to click listen to our special in-studio performances with many of these artists below.

Click HERE to listen to The Rebel Light’s live performance in our Laguna Beach studio.

22. Fantastic Negrito, “Lost In A Crowd”

Click HERE to listen to The Paper Kites’ live performance in our Laguna Beach studio.

The alt-rock gods’ first new single since their 2014 release, Everything Will Be Alright In The End, sounds comfortingly like the Weezer of yesteryear (think The Blue Album, not Pinkerton). If this track is an indication of what to expect next from Rivers Cuomo & co., we can’t wait.

The Soundgarden frontman is back at it following a four-year recording gap. Cornell’s fourth solo effort, Higher Truth, was released in September and this was the epic, lead single.

Making music since 20o5, the rural Missouri native found a devoted following in the Denver music community before becoming an overnight sensation when he performed this song on Jimmy Fallon’s Tonight Show in mid-August.

2. Chet Faker & Marcus Marr, “The Trouble With Us”

José González, “Leaf Off / The Cave”

We’re sure narrowing down 2016’s picks will be just as tough. Listen to Human Crafted Radio on KX FM 104.7 for the freshest indie/alt rock. Much love in the new year.