‘Tis the season for music festival lineup teases and releases!

Arguably the most famed active fest in the U.S., Coachella Valley Music and Arts Festival, announced their 2016 lineup earlier today, and if you thought last year’s event was huge, brace your mind for some serious boggling. 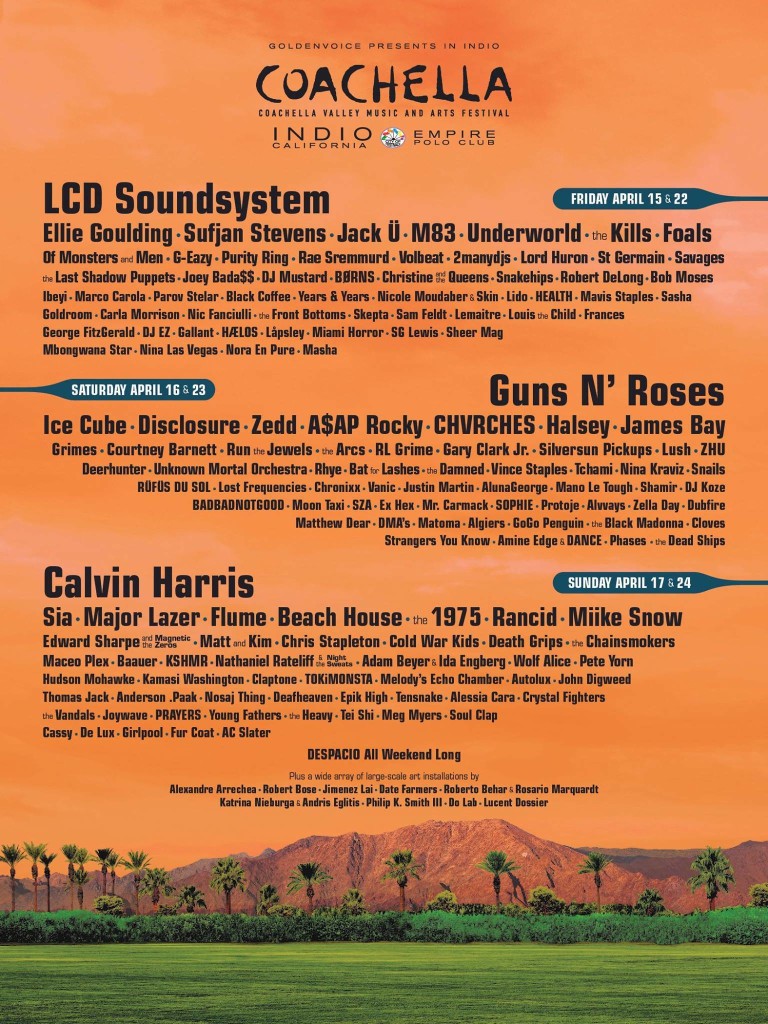 Most notably, James Murphy-fronted LCD Soundsystem are set to reunite to headline Day 1 (their farewell performance at Madison Square Garden in April 2011 was featured in the brilliant documentary Shut Up And Play The Hits), and Saturday night will feature Guns N’ Roses co-founders Axl Rose & Slash sharing the stage for the first time since 1993.