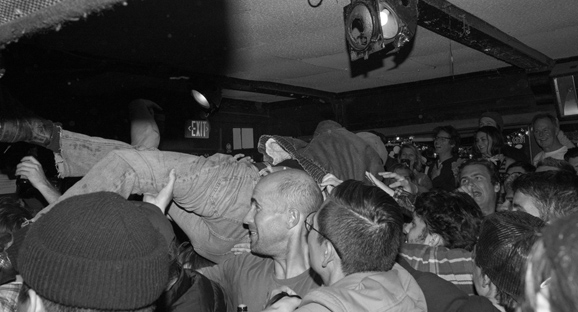 Locally, it’s known as The Dirty Bird. A small, dimly lit bar covered in stickers, old surf ephemera and dusty artworks donated by the countless neighborhood artists that have called this place their watering hole since the sixties. Rope lights and a Lion of Judah flag greet the small stage in the back corner letting you know that yes, the twenty years of weekly Reggae Night is what keeps the lights on in a place like this. The dancefloor has been trotted on so consistently by a mixed crowd of cougars, twenty-somethings, hippies and transients that the rickety building’s concrete foundation has become exposed.

Welcome to The Sandpiper Lounge, a last stand type of establishment that serves as the only middle finger to corporate bullshit Laguna Beach has to offer. LSD trafficking and the free loving long hairs have been replaced with reruns of an MTV series that drove property values so high the artists that called this place home were forced out, taking their culture and experimental attitudes with them. A once liberal village is now overrun by a surprisingly conservative crew shouting at those damn kids to keep down that racket… or something like that.

Last night though, Laguna bear witness to a small crack in the matrix. Ty Segall and his Freedom Band showed up at the dark, coastal dive and played for the frothing local crowd of roughly 150 people. The night was put on by The WaxBall, a monthly concert series that’s served as a refreshing spark of diversity in an otherwise routine schedule of bar cover bands for the better part of 7 years in Laguna. In order to get tickets, fans had to purchase them in person at a local surf shop, Thalia Surf, giving locals priority over out of towners or scalpers. Even with a few hurdles strategically put in place, the tickets sold out in less than 24 hours. With extra support from Banks Journal and the local radio station KX FM 104.7, The WaxBall had found an outlet for that small town angst, an answer to the question ‘Why can’t something fucking cool happen in this town for once…’ 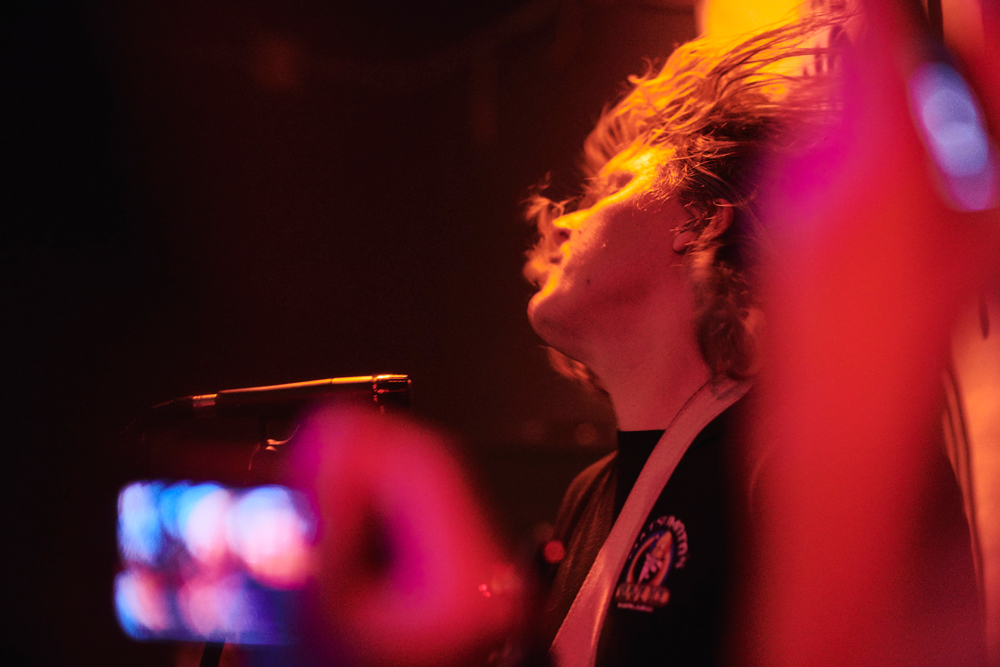 Enter ‘Freedom’s Goblin’ and a bit of local nostalgia to fill the void. Ty along with bandmates Mikal Cronin and Charles Moothart all grew up a few blocks away from the bar and most likely all got their first legal hangovers from this place. It has that kind of reputation. That history and the bar itself provided for a special hometown show in celebration of their latest album. Only their second time playing a semi-official concert in Laguna, the energy reverberated throughout the band and the crowd, at one point causing the unsuspecting bar owner to wonder if he’d get shut down due to noise, providing fodder for anyone wanting to lay claim to the coveted ‘You should’ve been there last night, man.’ Grown adults who couldn’t contain themselves any longer could be found crowd surfing a spot where the ceiling could be no more than 10 feet high. There’s something to be said about moshing at a 21+ show, in Laguna Beach of all places, somehow it felt appropriate. All that pent up energy and nothing to do with it. In the end, the crowd of family members, friends, and fans alike were reminded that cool shit can still happen in places you’d least expect it. And if it’s not, go out and do something about it.

Ty was supported by Shannon Lay

Author is host of The Fuzz podcast on KX FM 104.7FM